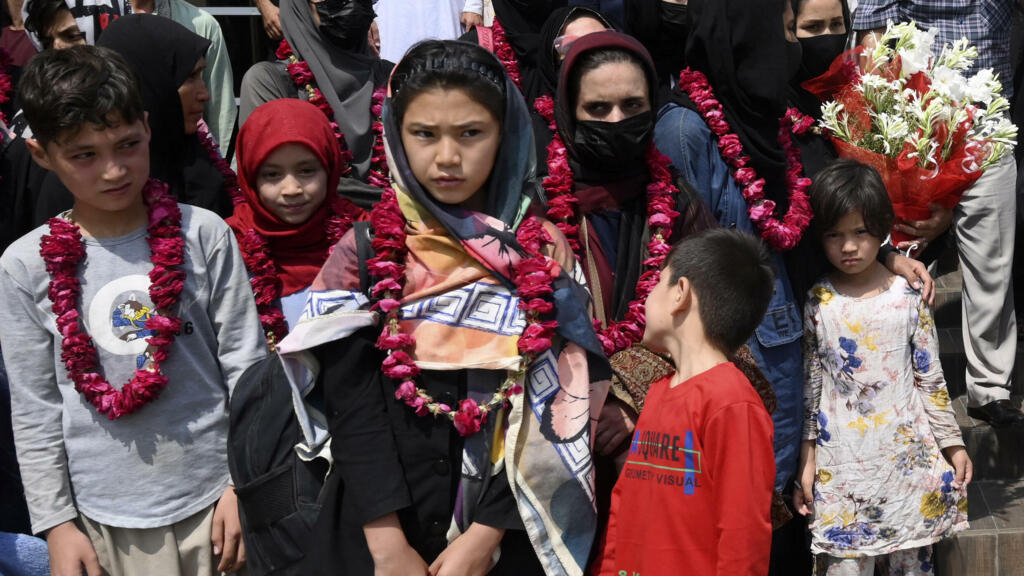 A month after the Taliban took power in Kabul, Afghanistan’s junior women’s football team found refuge in Pakistan before moving to another state in a month. About thirty others, still in Afghanistan, hope to be able to leave the country soon because they fear for their safety.

The footballers Afghan of the junior team are safe. The Pakistani authorities announced on Wednesday, September 15, that the junior women’s football team from Afghanistan had arrived in Pakistan, a month after the capture of power of the Taliban in Kabul.

The players had tried to flee the country but found themselves stranded after the deadly attack on August 26 on the outskirts of Kabul airport, a source close to the team told AFP.

In total, more than 75 people (players, coaches, families) crossed the border with Pakistan on Tuesday before reaching the city of Lahore where they were greeted with garlands of flowers.

They will remain in Pakistan for a month before moving to another country. About thirty others, still in Afghanistan, hope to be able to leave soon.

The players, members of the under-14, under-16 and under-18 national teams, crossed the border in burqas, before opting for a simple headscarf once on Pakistani soil, said Sardar Naveed Haider of the London-based NGO Football for Peace.

The latter explained that he had received an evacuation request from another NGO and had addressed it to the Pakistani Prime Minister, Imran Khan, who agreed to welcome the young women footballers to Pakistan.

“The players were in possession of a valid Afghan passport, a Pakistani visa and were received by Nouman Nadeem,” from the Pakistan Football Federation, he added.

This is in addition to the evacuation at the end of August of the national football team players and their families, who are now refugees in Australia.

The International Federation of Professional Footballers (FIFPro) had, at the time, considered that the evacuated Afghan players were “in a dangerous situation” and that “many athletes” were still in danger.

Since their return to power in Afghanistan on 15 August, the Taliban suggested that women could play sport under strict conditions, including not being seen by the public. However, no official decision has yet been announced.

During its first stint in power between 1996 and 2001, the Islamist movement had forbidden to women to practice a sport or to attend matches.

Tens of thousands of Afghans have fled the country since the Islamist movement returned to power for fear of reprisals or repression.

Basketball – NBA: The truths of James Harden on the Kyrie Irving case!