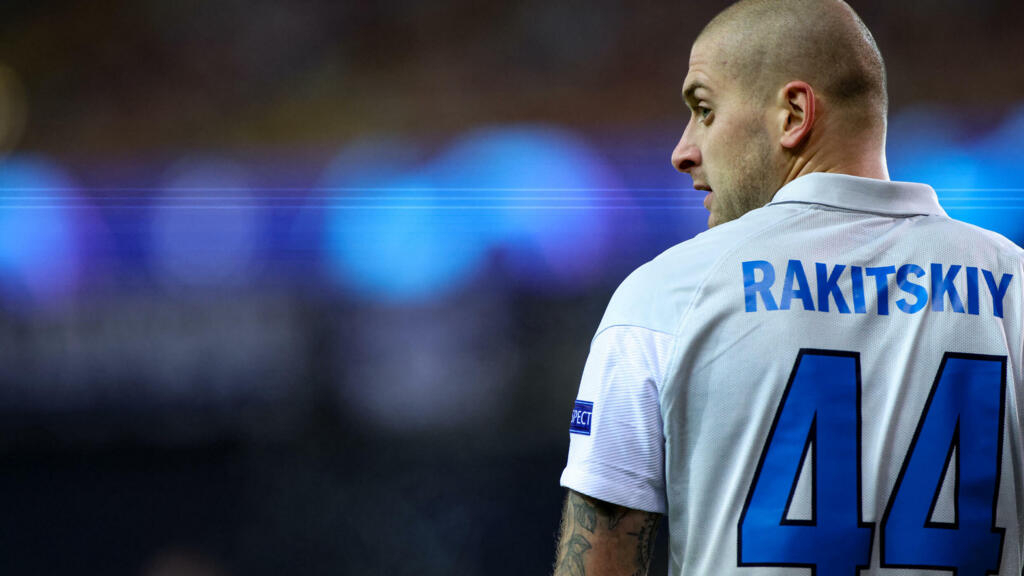 The Ukrainian defender is due to face Real Betis Seville on Thursday in the Europa League with his Zenit Saint Petersburg club, reputed to be close to Vladimir Putin. His transfer to the Russian club from Shakhtar Donetsk led to him being dropped from the Ukrainian national team in 2019.

“Football has become too political.” It was with these words that Ukrainian defender Yaroslav Rakitskiy chose to retire from international football in November 2019. A long-time member of the Ukraine and Shakhtar Donetsk selection, the footballer was banned after joining the Russian club Zenit St. Petersburg. While Russia has decided to invade his country, he faces Real Betis Sevilla on Thursday February 24 in the Europa League.

A native of Donbass, Yaroslav Rakitskiy was trained in Shakhtar Donetsk. This rough but technical defender, able to revive his partners properly, was quickly noticed for his talent. He won the Ukrainian championship eight times with the club, reached the quarter-finals of the Champions League in 2011 and the semi-finals of the Europa League in 2016. He also very quickly joined the ranks of the Ukrainian selection where he is propelled at the age of 20 years holder in central defense. With Zbirna – the nickname of the Ukrainian selection – Rakitskiy was part of the team that experienced disappointment at the Stade de France in 2013. Mamadou Sakho’s double then deprives Ukraine from qualifying for the World Cup.

In 2013, the beginning of the conflict between Ukraine and Russia will tarnish the love story between the central defender and his selection. In 2014, after the pro-European Union movement of Maidan and the flight to Russia of President Viktor Yanukovych, Moscow annexed the Ukrainian peninsula of Crimea, in the face of protest from the international community. In the aftermath, pro-Russian separatist movements emerged in eastern Ukraine, in Donetsk and Luhansk, Donbass regions bordering Russia. Two republics are self-proclaimed, leading to an intense armed conflict.

An ambiguous position on the separatist region

By evolving in Shakhtar Donetsk, he is at the forefront of the conflict. From the summer of 2014, the club was forced to leave its Donbass Arena in Donetsk to play in other stadiums, in secure regions in the west of the country. This is the beginning of a long ambiguity regarding Russian actions in the separatist region.

The player lives very badly the distance. He literally has his region pegged to his body: he has the symbol of Donetsk (the rose) tattooed on his left arm. “This rose is the symbol of Donbass and Donetsk. This rose and this compass (another tattoo) will help me find my way home,” he explains on Instagram.

A hoax from a Ukrainian site, taken over as it is by Russia Today, is damaging his relationship with Ukrainian supporters. He is credited with pro-Russian remarks: “The Donbass was, is and will remain a region linked to Russia” or “that he cannot play for the banderivtzi team” (pejorative denomination for Ukrainian nationalists), says the site specializing in Eastern European football, Footballski.

He is also criticized for not singing the Ukrainian anthem during selection matches. In 2016, Rakitskiy “liked” a video of the separatist army parading through Donetsk. But the red line was crossed when in January 2019 he decided to leave Shakhtar Donetsk to join a Russian club.

It must be said that it is not just any club. He left for Saint Petersburg to fill the ranks of the Zenith. A reputable club close to Vladimir Putin, who began his political career in the city. He also played a role in the arrival of Gazprom, the state company and energy giant, as a sponsor of the club. For public opinion, this is one transgression too many: a survey published by the Tribuna site reveals that 54% of those who participated no longer want to see Rakitskiy don the yellow and blue of the selection.

Ukrainian legend Andriy Shevchenko, then coach, decided to do without Rakitskiy. He did not summon him to the first three meetings of 2019. In November, Rakitskiy drew conclusions and announced his international retirement in a message posted on Instagram: “I would like to be called up but football has become too political. Players are now selected with the fear of doing wrong.” He had so far worn the tunic of the Zbirna 54 times.

“Whatever happens, we must respect the people and their country. I don’t have the words”, regrets for his part Artem Fedetskyi, ex-teammate of Rakitskiy at Shakhtar and in the selection. “I think it’s going to be very difficult for Shevchenko to select him again.”

A football, a political vector

Football is a field of regular confrontations between Russia and Ukraine. Since a UEFA decision of July 17, 2014, the two national teams but also the clubs of the two countries can no longer be placed in the same group of an international competition by drawing lots, due to the tense relations between the two countries.

During Euro-2021, Ukraine wanted to take advantage of the event to recall the existence of his conflict. These “special outfits”, dubbed by President Zelensky are in the colors of the Ukrainian flag, yellow and blue. But, at the level of the bust, we see the contours of the borders of Ukraine, including Crimea, territory annexed by Russia in 2014 but never recognized by the international community. In addition to the map, there are two slogans: “Glory to Ukraine!” and “Glory to the heroes!”. These sentences refer to an old patriotic song taken up in 2014 during the revolution in Maidan Square.

Moscow gasped at the sight of these shirts and asked UEFA to intervene. The body only partially granted its requests by removing one of the slogans but validating the map including Crimea.

With the military operation launched by Russia in Ukraine, UEFA will find itself with another thorny issue: can it afford to let the Champions League final take place in Saint Petersburg and continue to keep as Gazprom sponsor? Schalke (German D2) was in any case more reactive than the European body. The football club has decided to remove from its shirts the name and logo of the Russian gas supplier Gazprom, which is however its main sponsor.

behind the skater Kamila Valieva, the shadow of Eteri Tutberidze