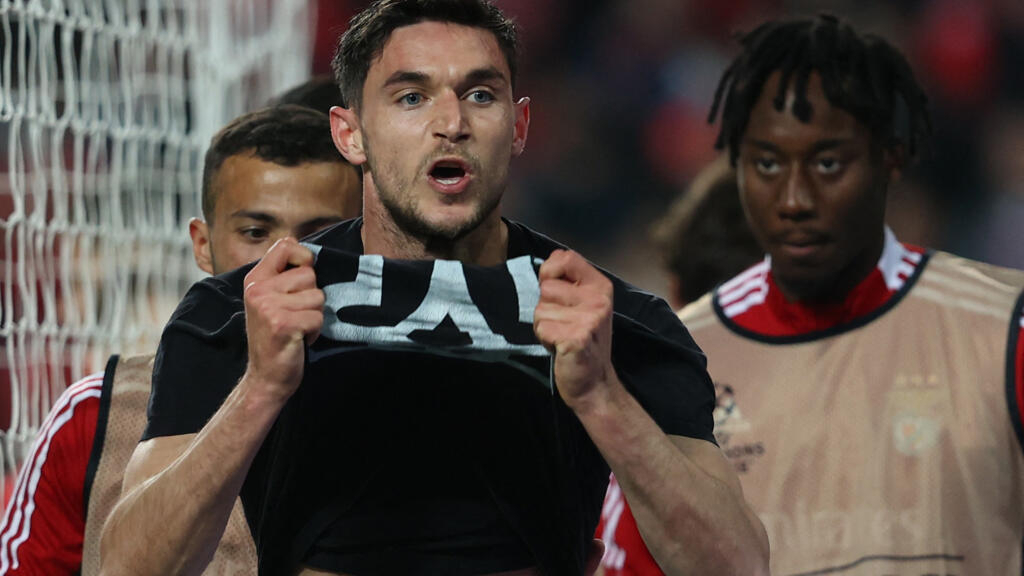 To celebrate his goal which led to the draw between Benfica and Ajax Amsterdam (2-2) on Wednesday in the round of 16 first leg of the Champions League, Ukrainian striker Roman Yaremchuk showed off a t-shirt bearing the symbol of the Ukrainian army.

It is not uncommon for politics to spill over onto the football field. Author of the goal of the equalizer for Benfica against Ajax (2-2) in Champions League Round of 16 Roman Yaremchuk had a thought for his country, Ukraine, currently under attack by Russia. To celebrate his goal, the center-forward showed off a black jersey bearing the coat of arms of Ukraine, also called “tryzub”.

“I wanted to support my country. I thought a lot about it and I’m afraid of this situation. The club supports me, they spoke to me and wanted to do everything to help me. I thanked them, but So far so good,” Roman Yaremchuk, 26, said after the game. at the microphone of CNN Portugal.

Entered the game at the 62and minute when Benfica were trailing 2 goals to 1, the international equalized ten minutes later with a header.

Earlier in the day, his Ukraine team-mate Oleksandr Zinchenko, who plays for Manchester City, posted a message on Instagram to comment on the situation.

“The entire civilized world is worried about the situation in my country,” the 25-year-old wrote. “I can’t stay away and not give my opinion. In the photo – my country. The country where I was born and where I grew up. A country whose colors I defend on the international sports scene. A country that we are trying to glorify and develop. A country whose borders must remain inviolable. My country belongs to the Ukrainians and no one can ever take it over. We will not give up! Glory to Ukraine.”

Zinchenko wore the captain’s armband of Ukraine at the last Euro. He has 48 caps since his international debut in 2015. He was trained at Shakhtar Donetsk, a club in the separatist region of Donbass which, since the 2014 war, had to move to Kiev.