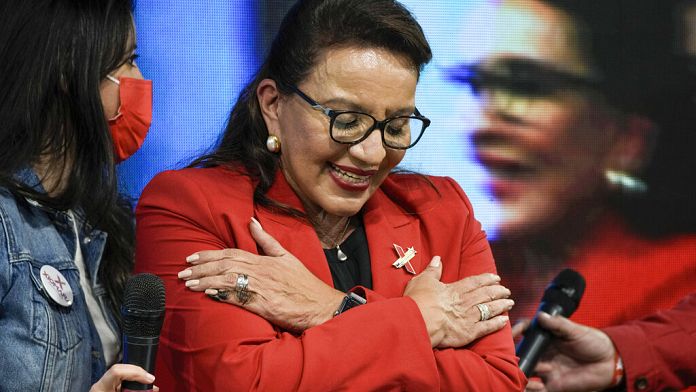 In Honduras, left-wing candidate Xiomara Castro appears to have won Sunday’s presidential election, although just over half of the votes were counted.

Her right-wing rival Nasry Asfura of the ruling National Party said he personally congratulated the left-wing candidate after acknowledging “her triumph”.

If this result is confirmed, Xiamora Castro will become the very first woman president of the Central American country.

As early as Sunday evening, Xiomara Castro, who is also the wife of former President Manuel Zelaya, overthrown in 2009 by a coup, claimed victory and promised to “form a government of reconciliation”.

In this Central American country of 10 million inhabitants, plagued by violence and poverty, participation is established at a “historic” level of over 60%, according to the National Electoral Council.

On Tuesday, in a preliminary statement, the European Union observation mission stressed that the “Election day was generally calm and the transmission of results has gone smoothly so far”.

Xiomara Castro’s victory allays fears of a new contested vote and violent protests in the country.

It will put an end to twelve years of reign of the National Party. Xiamora Castro will succeed President Juan Orlando Hernandez, who is ending his second term amid suspicion of drug trafficking.

In 2013, Juan Carlos Hernandez beat Xiomara Castro by a short head and then broke the Constitution to run for a second term in 2017. His dubious re-election over the wire against television star Salvador Nasralla had caused many violent demonstrations.

Xiamora Castro will have to rule a country bruised by gang violence, drug trafficking and the consequences of two devastating hurricanes that devastated in 2020 the country where 59% of the population lives in poverty.

Each year, tens of thousands of Hondurans try to join the million of their compatriots who have fled violence and misery, the overwhelming majority in the United States.

With a homicide rate of 37.6 per 100,000 inhabitants in 2020, Honduras is also one of the most dangerous countries in the world (excluding conflict zones).

UNGA: a gentle confrontation, from a distance, between the US and Chinese presidents

Covid-19: in Belgium, nightclubs closed and curfew at 11 p.m. for bars and restaurants