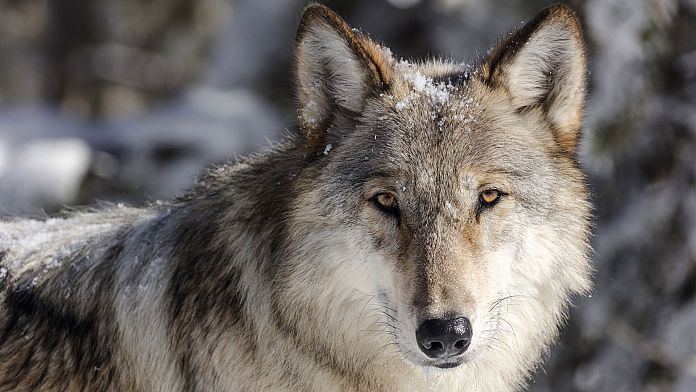 This is a victory for wildlife defenders. Gray wolves are again a protected species in most of the United States after the decision this Thursday of a federal judge in California, who thus reverses a measure taken in the last days of the trump administration. De facto, the gray wolf had been removed from the list of endangered species in the United States and hunting him became completely legal again.

The United States Wildlife Management and Preservation Service (U.S. Fish and Wildlife Service)”failed to adequately address threats to wolves outside core populations in the Great Lakes and northern Rocky Mountain regions by removing protection from the entire species“, said the Judge Jeffrey White in his decision.

In October 2020, the Trump administration had indeed decided to withdraw gray wolves their protected species status, set up in the 1970s after their near extinction in the United States.

Although the decision was made under Donald Trump, Joe Biden’s government continued to defend the measure in court.

“In both Democratic and Republican governments, we see this desire to end the recovery of wolves every year.“, points out to AFP, Collette Adkins of the Center for Biological Diversity.

“It’s frustrating because the law that governs the status of protected species provides for the recovery of these animals so that they can fulfill their role in the ecosystem.“, she continues.

Since its entry into force in January 2021, the number of wolves killed in some states had exploded, such as in Wisconsin where more than 200 wolves were killed in less than three days, forcing authorities to end the hunting season. earlier than expected, reports the New York Times.

And at the end of last January, the journal Science indicated that more than 500 wolves had been killed by hunters in the Rocky Mountains on the outskirts of the yellowstone national parkwhere they are protected.

It is now forbidden to hunt wolves, according to the judgment of this Thursday, in the 48 “continental” states, excluding Alaska and Hawaii.

But this decision does not apply to the northern Rockies, where the canids mentioned in the Science article were killed. These territories include parts of Montana, Idaho and Wyoming. Animals killed by hunters, Science noted, accounted for 16% of the lupine population in those three states.

In this region, gray wolves are no longer under federal protection, as congress voted the repeal of this protection in 2011. Thus in the north of the Rockies, these animals therefore remain under the jurisdiction of the States, where hunting is still authorized.

Animal rights associations remain mobilized on this point, but nevertheless welcome “a big winnationwide. In addition, according to this court decision, people who now attack wolves risk fines or imprisonment.

“This is a crucial victory for the Gray Wolves and for anyone who appreciates nature.“, estimated in a press release Jamie Rappaport Clark, president of Defenders of Wildlife, one of the associations which fought the measure of the Trump administration in court.

“Restoring federal protection will allow these essential animals to receive the support they need to recover and thrive for years to come.“, she added.

On the Biden administration side, the spokesperson for the United States Department of the Interiorwhose vocation is to control and preserve land belonging to the federal state, said Thursday’s decision was “reviewed”, without making any further comment.

Nearly 250,000 wolves lived in the United States before the arrival of European settlers who decimated the population of these canids as they expanded westward. There are now only some 6,000 wolves scattered across the country outside of Alaska.

Studies have confirmed the crucial role of these canids in controlling the size of elk herds – which can graze on too much grass – thus avoiding habitat destruction.

Covid-19 in France: a Defense Council to arm itself against a galloping epidemic