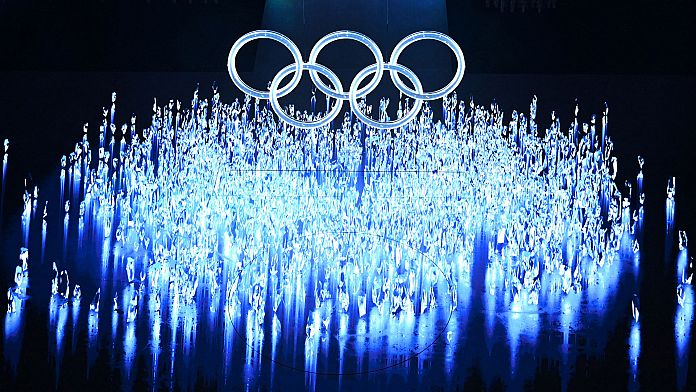 The opening ceremony of the 2022 Olympic Games began this Friday at 8 p.m. local time, or 1 p.m. Brussels time, and will allow Beijing to enter Olympic history by becoming the first city to have organized the Summer Games and winter, in a heavy context, between Covid, diplomatic tensions and controversy.

Organized at the National Stadium in Beijing, nicknamed the “Bird’s Nest” and built especially for the 2008 Summer Olympics, this ceremony will last just under two hours with the official opening by Chinese President Xi at around 9:25 p.m. Jinping, before the last, or the last, bearer(s) of the Olympic flame set fire to the cauldron around 9:47 p.m., symbol for fifteen days of these 24th Winter Games.

As fourteen years ago, the show was conceived by the Chinese director Zhang Yimou, author in 2008 of a breathtaking patriotic and colorful celebration, featuring 14,000 extras, dancers and acrobats, under a profusion of fireworks and special effects.

Unsurprisingly, Zhang Yimou promised a “totally innovative” show, while acknowledging that he had to take into account the winter temperatures (-6°C announced) and the epidemic threat to design his ceremony which should bring together this time “only“3,000 artists, the vast majority of whom are teenagers.

As tradition dictates, the 2022 Olympics will only officially begin once Xi Jinping has declared them “open” according to the established formula, shortly after the parade of 91 delegations.

But for the rest, the scenario of the ceremony was protected until the last moment as a state secret.

“The period is different. Our concept is simple, safe and splendid“, simply revealed Zhang Yimou before the ceremony.

Because the Covid-19 has been there. Due to the pandemic, these second Olympic Games under Covid, after those in Tokyo last summer, will find it difficult to be a party.

Athletes are confined in a health bubble and subjected to daily screenings. As Beijing observes a zero Covid strategy, no contact is authorized with the population and if the stands of the competition sites will be partially filled, they will be filled by “guests”, who must observe social distancing.

The Russian president, who arrived in the Chinese capital at midday, met Xi Jinping, his “friend”, for a summit where the two leaders castigated in unison the “negative” American influence for peace and denounced the role of Western military alliances in Europe and Asia, considering them to be destabilizing.

Vladimir Putin and Russia are the center of international attention. The Kremlin is accused by the West of wanting to launch an invasion of Ukraine, pointing to some 100,000 Russian soldiers deployed for weeks on the border of its pro-Western neighbor.

Thousands of kilometers from Beijing, in Lausanne, half a thousand Tibetans demonstrated Thursday in front of the headquarters of the International Olympic Committee (IOC) to denounce the “Games of shame”.

A pro-democracy activist from Hong Kong was arrested on Friday for “inciting subversion” before a planned demonstration against the holding of the Olympics, but the mobilization for the defense of human rights and the Uyghurs is far from having a global dimension, unlike what happened in 2008.

Another controversy, that on the environmental impact of these Games which take place in a semi-arid climate, on artificially snow-covered slopes in oversized ski resorts for the occasion.

The approximately 2,900 athletes competing representing 91 countries, who are coveting a total of 109 Olympic titles, have to deal with difficult weather conditions with, for example for the second training session for the men’s downhill in Yanqing, strong gusts of wind and polar temperatures (between -36 and -28 degrees felt at the top of the track).

If most are focused on their sporting ambitions and a participation, often unique in a career, in the Olympic Games, others, like the Briton Gus Kenworthy, digest badly to find themselves in China.

“I don’t think a country should be allowed to host the Games if they have appalling human rights stances“, regretted the 2014 Olympic vice-champion of slopestyle skiing.

The Pekingese show themselves, in the absence of fervor, a mixture of eagerness and pride: “I am so happy, I am so impatient”, smiles Yin Alping, a 66-year-old retiree who waited for three and a half hours in the cold to be able to buy Olympic mascots.

“Our country is strong, such a sporting event cannot be organized by any country“, ignites Jia Qingshan, another sexagenarian.

Italy drops the mask: easing of sanitary measures this Sunday