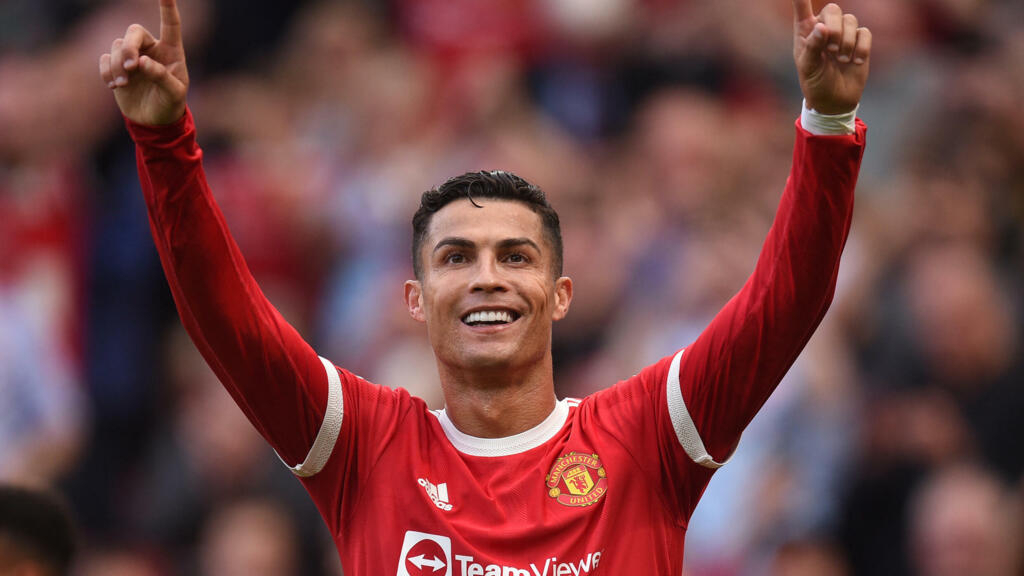 Cristiano Ronaldo scored his 119th and 120th goals against Newcastle on Saturday in the fourth day of the Premier League. The Portuguese player signs a return to Manchester United with great fanfare, twelve years after scoring his last goal for the Red Devils.

For his return to Manchester United, Cristiano Ronaldo scored two goals against Newcastle (4-1) at Old Trafford, for the fourth day of the Premier League, Saturday 11 September, twelve years after his last goal for the Red Devils.

The fans dreamed of such a return and ” CR7 ” is not the type to ask for a time of adaptation, especially in a club where he had a very successful period between 2003 and 2009.

With a close-range goal after a Mason Greenwood strike repelled by the goalkeeper (1-0, 45+2) and a duel won after a beautiful opening from Luke Shaw( 2-1, 62e), the Portuguese signed his 119e and 120e goals in red.

He especially showed the way for his side in a complicated match against Newcastle, eye-catching despite his 19e place in the leaderboard. At the end of the match, Bruno Fernandes (3-1, 80′) and Jesse Lingard (4-1, 90+2) gave a flattering scale to the result, goals like a nose-dive to those who see them threatened by the arrival of Ronaldo.

Already before kick-off, Ronaldo had been given a standing ovation worthy of the greatest sporting heroes for his return to the “Theater of Dreams”, after leaving Juventus at the very end of the summer transfer window. The fans also cheered him every time he scored in the warm-up.

A relief for Manchester

The goals were, however, a relief to Manchester, who had little success in defending the lowly Magpies 17e with a dot. The Manchester United coach, Ole Gunnar Solskjaer, had opted for a formidable attacking composition, ” CR7 ” alongside Jadon Sancho, one of the other major recruits of United this summer and Mason Greenwood, accompanied in the middle of Paul Pogba and Bruno Fernandes.

There will, of course, be much to improve in automatisms and coordination, but this promising debut will do nothing to calm the frenzy of the Mancunian fans after years of relative gloom.

With ten points, the Red Devils are under threat from Chelsea, who play later against Aston Villa, Liverpool who travel to Leeds on Sunday and Everton who host Burnley on Monday. But for a few hours at least, he will have put his team where they would like to return for good.