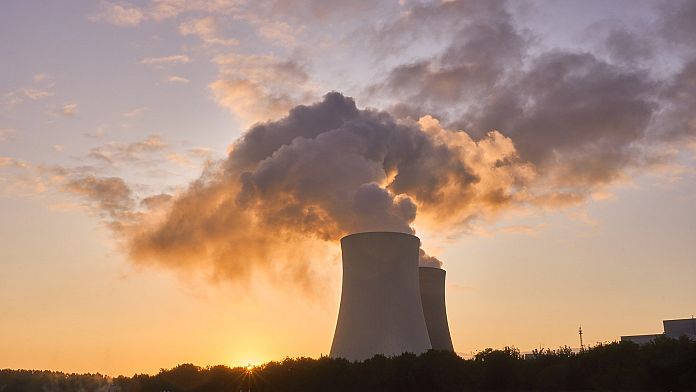 Labeling nuclear and gas as “green” energy has led to calls for greenwashing, threats of legal action from some European Union countries and numerous columns devoted to the system of “taxonomy” with an obscure title.

But what is all this fuss about?

On Wednesday, the European Commission will have to approve its final criteria for the taxonomic labeling system of the European Union, which helps private investors identify sustainable energy areas.

The objective is to direct the money towards sustainable energy sources andhelp the European Union achieve its ambitiouscarbon neutral project by 2050.

The current proposal has caused a stir labeling nuclear and gas as sustainable energy sources, which sparked outrage from environmental organizations and activists.

When the Commission adopts the act, the Parliament and the Council will have two months to raise any objections. In the absence of objection, the text will enter into force.

A majority of MEPs or 20 of the 27 Member States could block the project, but before that, the arguments for and against marking the two energy sources as sustainable will have to be presented.

For many, nuclear represents the perfect opportunity to maximize energy production, while minimizing carbon emissions. For others, it represents only one more environmental problem, the solution to the elimination of radioactive waste having not yet been found.

For French MP Christophe Grudler, there is no alternative but to include nuclear energy as a sustainable source.

“The question is whether we want to achieve the goals of the Green Deal. If we want to do that, we need low-carbon energy, like nuclear. The Commission has said that we need around 15% nuclear in the energy mix in 2050 to reach the target.“

With regard to nuclear waste, the European legislator – who is a member of the party “The Republic On the March!” of French President Macron – says people are working hard to find an answer to the problem.

“Of course, we are going to look to the future so that we don’t have any more waste. So this is a very important subject too. But little by little, many researchers are looking to find solutions for nuclear waste. But right now we need nuclear technology,” Mr. Grudler said.

On the other hand, Michael Bloss, German MEP for the Greens, believes that it is simply not fair to describe nuclear as sustainable. “We want to have the taxonomy for what it is intended for, which is to channel the money into sustainable solutions like renewable energy.”

Michael Bloss added that he thinks it is France, which has a large nuclear industry, that is urging the Commission to include it in the taxonomic portfolio of the European Union.

“I think the Commission is very strongly pushed by France…it is the French who are trying to put their own fleet of nuclear power plants in the sustainability label“, the German told Euronews.

_ “In fact, it only favors the French and favors Macron”._

While carbon emissions from nuclear remain very low, gas is another story.

The Commission accepts that gas is a fossil fuel, but says it is needed as a transitional energy to achieve Green Deal goals.

Mr. Bloss, however, acknowledges that in some cases the gas may be necessary, but it is still not sustainable.“If you look at the conditions [dans la taxonomie] for gas, they are made for gas-fired power stations which are a back-up of the energy system, and that’s very good. You know, in a renewable world, there may be times when the sun isn’t shining or the wind isn’t blowing, so you have to have some backup capacity. And this is a good thing”, said the Green MEP.

But French MEP Christophe Grudler says that although gas is not his preferred energy source, he accepts it as a transition fuel, it is the fastest way to reduce the carbon emissions of the coal.

“We have a target for 2030. If we use gas, we can stop coal emissions very quickly,” said MEP Grudler.

China: the second black box of the Boeing 737 has been found