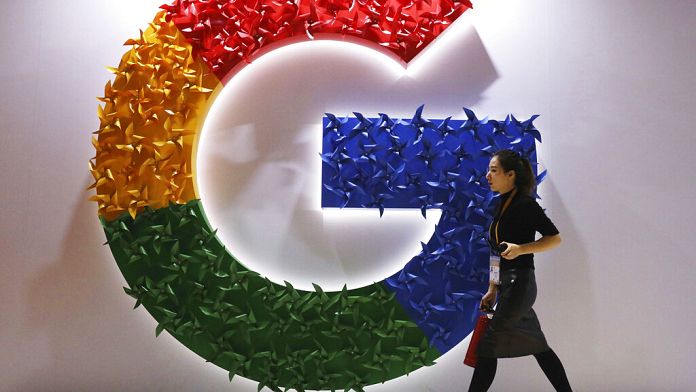 The Cnil, guardian of the private life of the French, imposed heavy fines of respectively 150 and 60 million euros on Google and Facebook for their practices as regards “cookies”, these digital plotters used in particular for targeted advertising.

The amount of the fine imposed on Google is a record in all categories for the sanctions imposed by the Commission Informatique et Libertés, in front of a previous fine of 100 million euros to Google in December 2020, already on the subject of cookies.

“The Cnil noted that the facebook.com, google.fr and youtube.com sites do not allow “to refuse cookies” as simply“than to accept them,” she said.

Both platforms have three months to comply, failing which “companies will each have to pay a fine of 100,000 euros per day of delay“, she added.

Cookies are small computer files installed by websites on the terminals of their visitors, for technical or targeted advertising purposes.

In particular, they allow the agencies to track the user’s navigation, in order to be able to send him personalized advertising in connection with his areas of interest. They are regularly denounced for the breaches of privacy that they may cause.

In a reaction sent to AFP, Google has announced a change in its practices, following the Cnil’s decision. “In accordance with the expectations of Internet users, (…) we are committed to implementing new changes, as well as to working actively with the Cnil in response to its decision, within the framework of the ePrivacy directive.“, assured the American giant.

Meta, Facebook’s parent company, said for its part that it was “evaluate the decision“of the Cnil, and that he”would continue to work with regulatory authorities“on these subjects.”We continue to develop and improve control tools“Internet users on cookies,” the group continued.

Since the entry into force of the European regulation on personal data (RFPD) in 2018, websites are required to comply with stricter rules to obtain the consent of Internet users before placing their cookies.

The Cnil had given until April 2021 to the editors of the sites to adapt to this hardening and warned that it would begin to sanction after this deadline.

In July, Le Figaro was the first to pay the price for this increased rigor, being fined 50,000 euros for cookies placed by partners of the newspaper, “without action” on the part of the Internet user or ” despite his refusal “.

The CNIL recently indicated that it had sent around 90 formal notices to website editors since the end of its tolerance period.

In the case of the sanctions imposed on Google and Facebook, the CNIL calls into question the contrast between the ease with which the Internet user accepts cookies and the difficulty of refusing them.

“The facebook.com, google.fr and youtube.com websites offer a button to immediately accept cookies“, explained the Cnil. On the other hand,”several clicks are necessary to refuse all cookies“, she denounced. This process”violates the freedom of consent“, she underlined.

To add to the confusion, the button added by Facebook to refuse trackers is even called “Accept cookies“, she noted.

In general, the CNIL recommends that on the consent collection banners, the button “Deny all“be as easy to access as”Accept all“.

In 2020, the CNIL imposed sanctions of 100 and 35 million euros respectively on Google and Amazon on cookies, based on principles that predate the European regulation on personal data. In particular, it considered that the information given to Internet users by the two platforms on their cookies was not “sufficiently clear“.