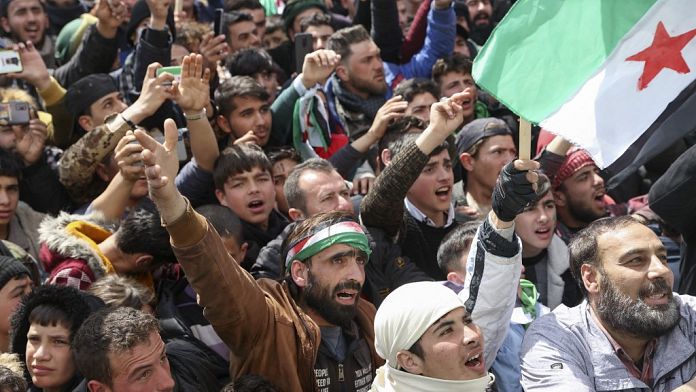 In Syria, several hundred people took part in a demonstration a few days ago in Idlib.

This demonstration aimed to mark the 11th anniversary of the uprising against the regime of Bashar al-Assad.

The demonstrators expressed their solidarity with Ukraine, at war with Russia. Here, the rebels are still angry with Moscow, which provided military aid to Bashar al-Assad’s army during the civil war.