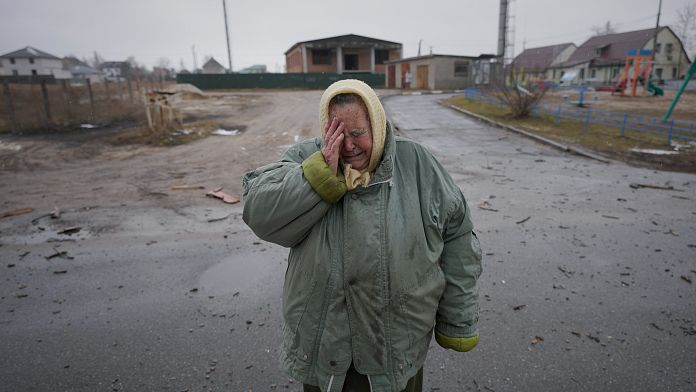 On the seventh day of the Russian invasion of Ukraine, Russian forces intensified their attacks on the main cities of the country. Kharkiv, the second largest Ukrainian city, is the subject of intense fighting. The city center was targeted by a missile strike on the symbolic Place de la Liberté.

Nearly 836,000 Ukrainian refugees have fled the country since the start of the war, the UN estimates.

Here are the important facts to remember about the 7th day of the war in Ukraine:

Situation on the ground on the 7th day

On the seventh day of Russia’s invasion of Ukraine, Russian forces continue their offensive on several cities, with the Russian army claiming to have seized the port city of Kherson and new strikes affecting Kharkiv.

Kherson: under control of Russian forces

On Wednesday morning, the Russian army claimed to have taken “full control” of the Ukrainian port city of Kherson (south), near the Crimean peninsula, after fierce fighting. The mayor of the city, Igor Kolykhaïev, spoke of a “humanitarian catastrophe”.

Kharkiv: under the bombardments

Russian airborne troops have landed in the city of Kharkiv, the country’s second largest city, the Ukrainian army announced at dawn without giving an idea of ​​their number.

After several bombings on Tuesday in the city center, which had killed at least 21 people according to the regional governor, new strikes hit the regional headquarters of the security and police forces on Wednesday morning, as well as the university of this metropolis located 50 km from the Russian border, according to emergency services.

At least four people were killed and nine others injured in these bombardments.

Rescuers say they have deployed 21 vehicles and 90 people to put out ongoing fires and take care of the victims.

The Russian army, which has already seized the port of Berdiansk, is currently attacking that of Mariupol, also on the Sea of ​​Azov. More than a hundred people were injured on Tuesday in Russian fire in Mariupol, according to the town hall.

Control of this port is key for the Russian army, in order to ensure territorial continuity between its forces from Crimea and those from the separatist territories of Donbass. The two groups joined forces on Tuesday, according to Moscow.

Shelling also hit the city of Zhytomyr, 150 kilometers west of Kiev. At least three people were killed there, according to residents.

The UN General Assembly on Wednesday adopted a resolution demanding “that Russia immediately cease the use of force against Ukraine”, in a vote overwhelmingly approved by 141 countries, 5 opposing it, and 35 abstaining including China.

Talks with ceasefire on the menu

Russian-Ukrainian talks will begin Thursday morning in a determined place “together”, said Russian negotiator Vladimir Medinsky. A ceasefire will be on the menu of discussions, according to Moscow.

The Ukrainian Presidency has confirmed that a delegation is on its way.

Moscow unveiled on Wednesday its first toll of Russian soldiers killed in this offensive, announcing the death of 498 of its soldiers and 1,597 wounded

Humanitarian corridors to allow the exit of civilians

The Russian Ministry of Defense announced on Wednesday the establishment of humanitarian corridors to allow the exit of civilians from the most exposed Ukrainian cities, in particular Kiev, Kharkiv and Mariupol.

Macron denounces a “revisionist reading of the history of Europe”

French President Emmanuel Macron on Wednesday denounced Russia’s invasion of Ukraine as a war “nourished by a revisionist reading of European history”.

“We are not at war with Russia,” he said, “today we are on the side of all Russians who, refusing an unworthy war to be waged in their name, have a spirit of responsibility and the courage to defend peace”.

The number of refugees fleeing Ukraine for neighboring countries has jumped further to nearly 900,000 people since February 24, according to the UN High Commissioner for Refugees.

According to the United Nations, up to 4 million Ukrainians could be forced to leave their country, making the current conflict “the most serious refugee crisis in Europe this century.”