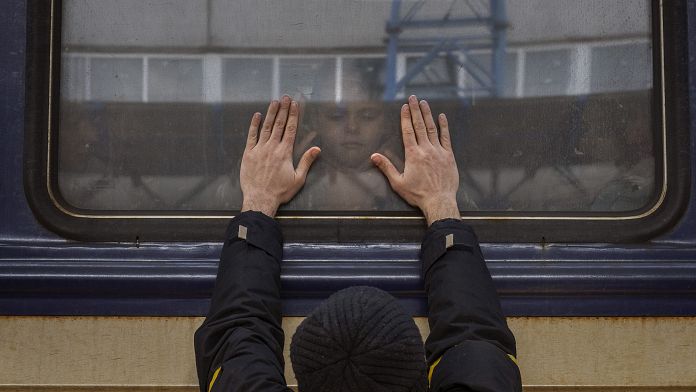 Ten days after the start of the war in Ukraine, more than 1.5 million refugees have already fled to neighboring countries, according to the latest UN figures. Most pass through Lviv, the big city in western Ukraine which has so far escaped the fighting. Our correspondent Valérie Gauriat testifies on the spot:

“The number of people flocking to Lviv Central Station is absolutely impressive. Hundreds of people arrive here every day in an attempt to catch a train to border countries.”

“All these people are waiting for so-called evacuation trains, especially to Poland, the country closest to this border, to this city, about forty kilometers away. And every day, more people arrive who, while waiting to be able to take a train – knowing that transport is free – often stay with locals, with people who don’t even know them. They are in hotels which are also free.”

_”Lviv has become a center of activities for support and humanitarian aid to refugees. We have seen more than 2,500 tons of humanitarian aid arrive from all over the world in the last two days. Here, we really have the demonstration solidarity, not only from the world, but especially from Ukrainians towards the people who are victims of the attacks in the different cities and regions of the country, be it Kyiv, Kharkhiv, Mariupol, Lughansk or Donetsk. under attack right now.”
_

“And unfortunately, we see the flows increasing as the conflict worsens and Russian aggression accelerates. We are not about to see the number of refugees decrease in Lviv and elsewhere.”

Sweden and Finland present their candidacy for NATO on Wednesday

Frontex Board considers the resignation of its director Fabrice Leggeri

Ukraine: “concrete solutions” to end the Russia-West crisis according to Macron