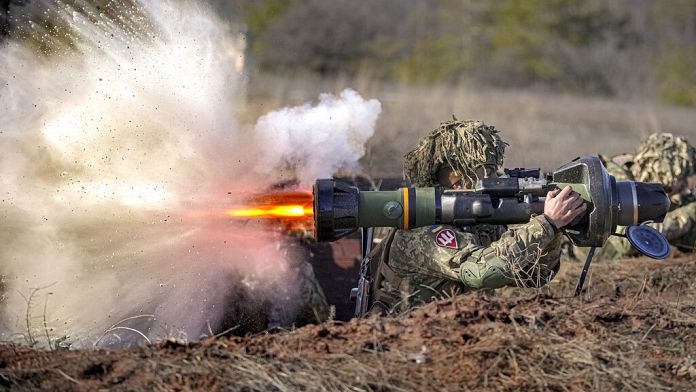 Ukrainian forces are struggling to contain the push into the east of the country by a numerically superior and for the moment better armed army, which is seeking to hold them in a vice from the north and the south.

Volodymyr Zelensky notably acknowledged on Friday evening that the situation in the Kharkiv region, the country’s second largest city near the Russian border, was “difficult“. The Ukrainian army, however, managed to achieve success “tactics“, underlined the Ukrainian president, as in Rouska Lozova, a village taken over north of Kharkiv, from where the Russian forces pounded the city. More than 600 inhabitants were evacuated from the village, occupied for two months, according to the Ukrainian ministry of the defense.

Ukraine has also allowed itself to strike strategic targets on Russian territory. The governor of the Russian region of Bryansk, in the northeast of Ukraine, Alexander Bogomaz, thus announced on Telegram that the air defense had “detected an aircraft of the Ukrainian Armed Forces“Saturday at 6:50 a.m. local time, and that two shells had damaged oil installations.

Several fuel reserves in Russian territory have been the target of apparent intrusions by Ukrainian forces in recent weeks, although kyiv refuses to confirm its involvement.

In the Donetsk and Lugansk regions of eastern Ukraine, 14 attacks launched by Russian forces have also been repelled in the past 24 hours, the Ukrainian forces’ general staff said on Saturday.

The British Ministry of Defense indicates that Russia faces considerable challenges. It was reportedly forced to merge and redeploy units, after failed advances in northeastern Ukraine.

A senior Pentagon official noted on Friday that if Russian forces were “far from having made the connection“troops that entered through the Kharkiv region, north of Donbass, together with those that came from the south of the country to take in the pincers the Ukrainian forces deployed on the front line around the separatist zones of Donetsk and Lugansk, they continued “to create the conditions for a sustained, larger and longer offensive”.

In Mariupol, a large port city in the south-east, an evacuation operation for civilians scheduled for Friday did not take place. Denis Pushilin, head of the separatist eastern region of Donetsk, blamed Ukrainian forces “to act like outright terrorists” and to hold civilians hostage in the Azovstal metallurgical complex. Several hundred Ukrainian soldiers and civilians are entrenched in underground galleries in Azovstal.

AFP was able to hear heavy shelling in Azovstal on Friday morning and until mid-afternoon, during a press trip to Mariupol organized by the Russian army.

In an interview with the official Chinese news agency published on Saturday, Russian Foreign Minister Sergei Lavrov affirmed that all the objectives of the “special military operation” – term used by the Kremlin for this war – “_will be achieved despite the obstruction of our adversaries”._He called on the West to stop their arms deliveries to Ukraine “if they are really interested in solving the crisis“.

On the diplomatic front, while the Russian president was invited like his Ukrainian counterpart to the G20 summit scheduled for November in Indonesia, the United States said it refused to deal with Vladimir Putin “Like nothing ever happened“.