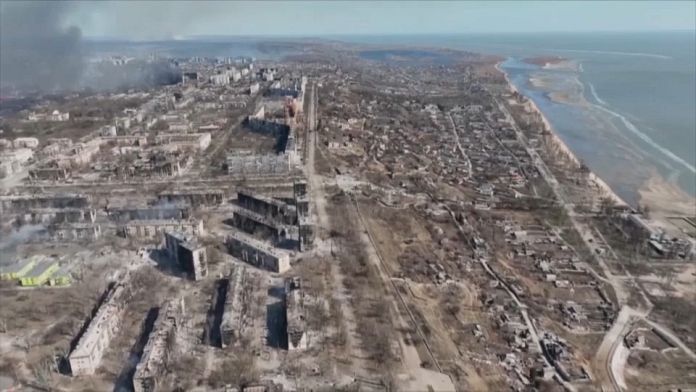 The Ukrainian capital, soon to be deserted: a curfew will be introduced in kyiv from this Saturday evening at 8 p.m. until Monday morning. A device put in place while the bombardments of the Russian army are still raging in Ukraine.

AT Kalynivkanear kyiv, one of the largest fuel reserves was targeted on Friday.

In a video address to the Doha forum, the Ukrainian President Volodymyr Zelensky addressed the energy-producing countries: “The future of Europe depends on your efforts! I ask you to increase energy production! Make Russia understand that no state should use energy as a weapon and for blackmail“.

Reappearance of the Russian Minister of Defense

On the 31st day of the conflict, the fighting continues to repel the Russians: this is the case in Kherson, the only major city to have been conquered entirely by Moscow. Around Donetsk and Luhanskthe two major cities of Donbassthe army staff claims to have inflicted significant losses to the Russian invaders.

But the latter continue their attacks, in particular with missiles launched in the middle of the Black Sea, reported by the army as targeting Ukrainian military installations. One was published by the Russian Defense Ministry. His minister, Sergei Shoigualso appears in public for the first time since March 12, during a videoconference with President Vladimir Putin: “Despite the difficulties we encounter today, we respect the state defense order. We continue to provide weapons and equipment using credit funds. The priorities are high-precision long-range weapons, aeronautical equipment, as well as maintaining the combat readiness of strategic nuclear forces.”.

Mykolaiv and Mariupol in ruins

If Moscow claims to target only military infrastructure since the start of the invasion, the devastation caused in Ukrainian cities proves the contrary.

Like a Mykolaivor Mariupol, where many residential buildings are in ruins. The inhabitants hope for the opening of humanitarian corridors to leave the city, surrounded by the Russians.