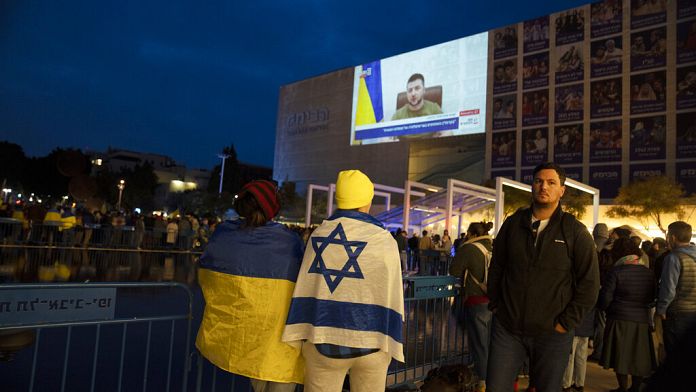 Ukrainian President Volodymyr Zelensky continues to call for help. He called on Sunday Israel to adopt a firmer position against Russia, during a videoconference speech before the deputies of the Knesset, the Israeli Parliament. A speech also broadcast on a big screen in a large square in Tel Aviv where demonstrators had gathered.

“We can always ask why we don’t get weapons from you, why Israel doesn’t impose serious sanctions on Russia, why it doesn’t put pressure on Russian companies. But the answer is always the same. C It is your choice, dear brothers and sisters. You will have to live with this answer, people of Israel. The Ukrainians have made their choice. 80 years ago they saved the Jews. People of Israel, you now have the same choice.”

Turkish Foreign Minister Mevlüt Çavuşoğlu believes that Russians and Ukrainians are on the point of agreeing on “critical” issues. The man who traveled to Russia and Ukraine last week to meet with his counterparts Sergei Lavrov and Dmitro Kuleba talks about a possible ceasefire provided that the two camps do not backtrack on the progress made so far in the talks.

In Lesbos, Pope Francis calls for better integration of migrants