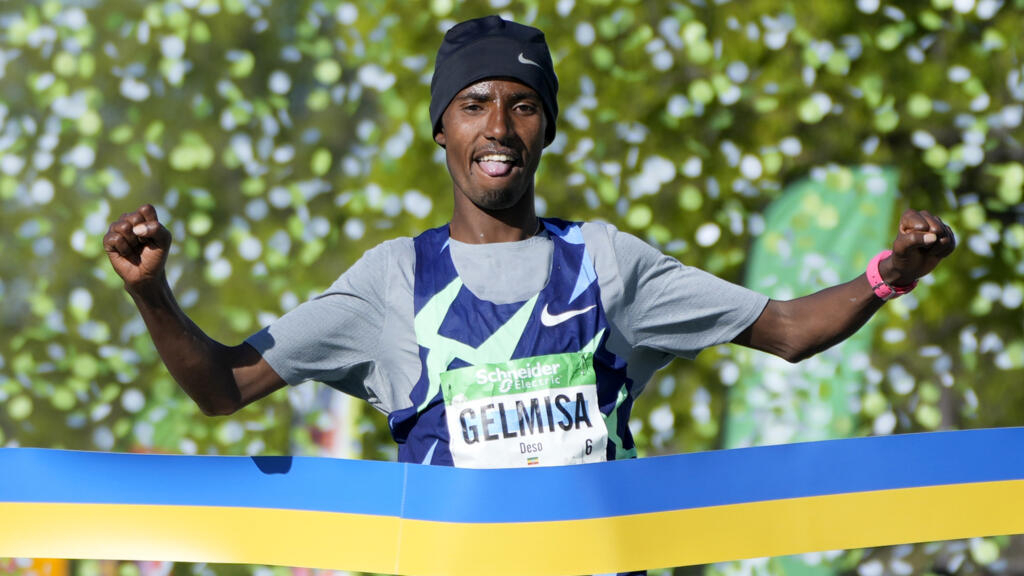 Ethiopian Deso Gelmisa won the 45th edition of the Paris marathon in the men’s category on Sunday, ahead of his compatriot Seifu Tura, 2nd at three seconds, and Frenchman Morhad Amdouni, 3rd, setting a new French record. On the women’s side, the Kenyan Judith Jeptum won the victory, beating a new record.

The Ethiopian Deso Gelmisa won, on Sunday April 3, the 45and edition of marathon de Paris, where the French Morhad Amdouni took 3rd place, with the key to a new French record.

“I am very happy,” reacted Gelmisa soberly after beating his compatriot Tura, winner of the Chicago Marathon in 2021.


Amdouni, for his part, improved by more than a minute the French record set by Benoît Zwierzchiewski during the 2003 edition of this Paris marathon (2 h 06 min 36 sec).

The latter also largely congratulated him a few minutes after the finish.

New record for the women’s category

“It feels good. I just have to say that, because it means ‘finally’ (…) I had to be able to pass this course which allows me to say ‘hi, I’m here'”, declared with relief the 33-year-old Corsican, smile on his lips and medal around his neck.

Under the Parisian sun, the Kenyan Judith Jeptum also broke a record by dominating the women’s event.

With a time of 2 h 19 min 48 sec, she improved by more than a minute the previous record for the event (2 h 20 min 55 sec) which had been established in 2017 by her compatriot Purity Rionoripo.

The 26-year-old Kenyan was one of the favorites of this 45and edition and notably won the Abu Dhabi Marathon in 2021.

Finally in the disabled category, it was the Frenchman Julien Casoli who won, in 1 hour 38 minutes and 36 seconds. This is the 5and victory in the Paris event for the 39-year-old sportsman, double Paralympic medalist.

Tony Estanguet, President of the OCOG of the 2024 Olympics: "A sedentary lifestyle is a ticking time bomb"

how to explain the absence of the Maghreb in the last four?