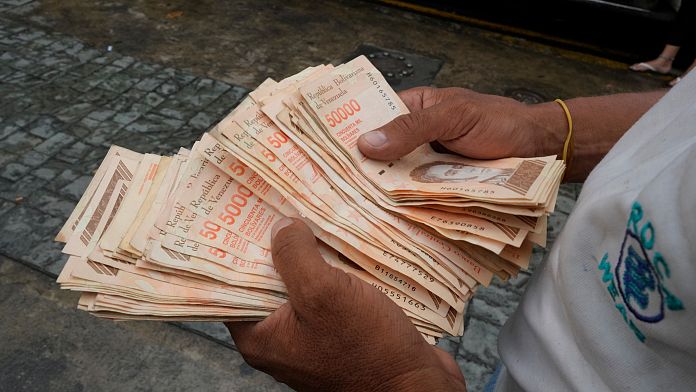 Venezuelans now have to subtract six zeros from their national currency, the bolivar. For several years, the country has been mired in a terrible economic crisis. Before the reform, a baguette of bread cost seven million bolivars.

This new conversion should not upset the life of the country, which is experiencing the world”s highest inflation. On the other hand, it intends to facilitate everyday transactions.

“I think the only thing that’s going to get better is that I don’t have to carry that many tickets anymore. Because to have the equivalent of five dollars in bolivars, in cash, you need a suitcase“, testifies a bus driver.

A new coin of 1 bolivar and especially new banknotes of 5 to 100 bolivars begin to circulate. 100 bolivars equivalent to 24 dollars. This is the third conversion the country has experienced in thirteen years. Since 2008, no less than fourteen zeros have been removed.

“This conversion is very similar to the other two except that the macroeconomic context is much worse. Venezuela is emerging from seven years of recession. 2021 is likely to be the eighth year of economic contraction“, explains José Manuel Puente, economic analyst.

With its oil resources, Venezuela was once one of the most prosperous countries in South America. Today, more than 90% of the population lives below the poverty line according to a recent university study. In the face of hyperinflation, Venezuelans resort to the dollar, more than their currency. More than two thirds of transactions in the country are carried out with the US greenback.