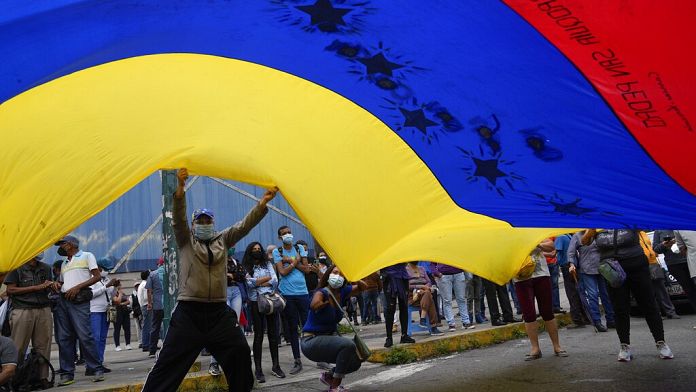 The electoral campaign for the regional and municipal elections of 21 November in Venezuela opened on Thursday, while the deployment of the European Union”s electoral mission began, the first in fifteen years in the country.

“This mission is independent, impartial, neutral”, said the head of the mission, the Portuguese MEP Isabel Santos, welcoming the departure of some forty observers from Caracas to other parts of the country.

“We will observe the whole process, election campaign, organization, voting, counting, claims if there are any (…) A report will then be produced”, she added.

They “observers will not intervene” in case of problems, in accordance with the usual rules of European or UN observer missions, Ms Santos recalled.

Observers will settle in 23 of Venezuela’s 24 states (the exception being the Amazon). On 18 November, 34 observers “short term” will join the mission which will include a total of one hundred members.

“I was very well received. There is nothing to say, everything is completely normal”In the context of recent tensions between the EU and Caracas, she told the press.

In early October, the president of the National Electoral Council (CNE) Pedro Calzadilla, Minister under the presidencies ofHugo Chavez (1999-2013) and Nicolas Maduro, had demanded an apology from the head of European diplomacy, Josep Borrell. The latter believed that it would be the mission that “legitimate” regional and municipal elections.

The Carter Foundation and the UN will also send small teams of“expert”.

Venezuela has often been reluctant to host election observers and the EU had unsuccessfully requested the presence of a mission for the December 2020 legislative elections. The election was boycotted by the opposition and the government won an overwhelming victory.

The government of President Nicolas Maduro, which would like to see the lifting of international economic sanctions against his country, has been engaged since August in a dialogue with the opposition.

For their part, the main opposition parties have broken with their boycott strategy of recent years – presidential in 2018 and legislative in 2020 – to enter the CNE.

Among the problems that observers will have to overcome: the pandemic, insecurity in a country with rampant crime and logistics with a recurring shortage of gasoline inside Venezuela.

“We are used to difficult conditions. We are not afraid”Lukasz Firmanty, a Polish observer leaving for Carabobo state (north-central), told AFP. “We are well equipped and we have an agreement with the CNE that will help you with all logistical aspects”.

Some 70,000 candidates are running for elected municipal officials, mayors, but especially state governors.

Posters, in favor of the candidates of the power and the opposition, appeared in Caracas.

In Petaré, Venezuela’s largest slum, Carlos Ocariz, opposition heavyweight started his campaign as a candidate for governor of Miranda State with a march “blue”, the rallying color of the right.

Mayra Avendano, 24 years old, lawyer was less enthusiastic : “I’m not going to vote. I do not want to legitimize something that is not legitimate”.

The Prime Minister of Tunisia, Najla Bouden, was sworn in

Novak Djokovic back in detention center in Australia

In the middle of the fifth wave, the Swiss vote on the future of the Covid law