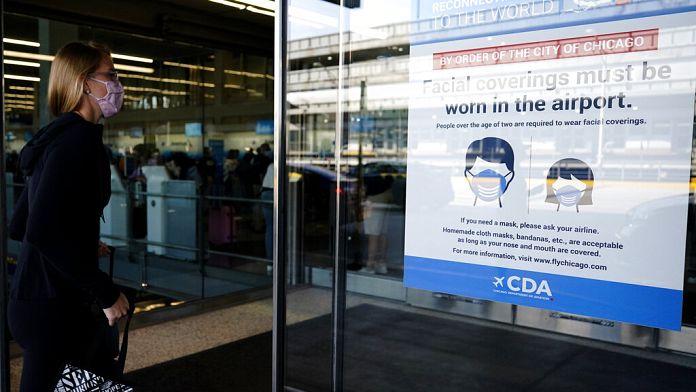 The United States will let in from “early November” all travelers from abroad provided they are fully vaccinated against Covid-19, the White House announced Monday.

Travelers must also be tested within three days before their trip to the United States, and wear a mask.

In addition, a tracking system for travelers will be set up by airlines, which will have to collect information to contact them, said the coordinator of the fight against the pandemic at the White House, Jeff Zients.

Washington is thus lifting restrictions that have been weighing since March 2020 on travelers from the European Union, the United Kingdom, or China, then later applying to India or Brazil.

Jeff Zients insisted that this decision, which comes in a context of great tension between France and the United States, was “dictated by science”.

According to him, the United States has taken the time to set up a global system based on “individuals” and not on differences in treatment according to the countries of origin.

He did not immediately indicate which vaccines would be recognized by the United States to allow entry of travelers.

The coordinator of the fight against the pandemic of Joe Biden has also specified that unvaccinated Americans who return to the United States after a stay abroad will be subjected to even more stringent testing obligations.

The White House has hardened its tone in recent weeks and stepped up announcements to impose vaccination where federal authorities can afford it. However, it has not yet taken one of the most drastic decisions in its power, namely to impose vaccination on domestic flights in the United States.