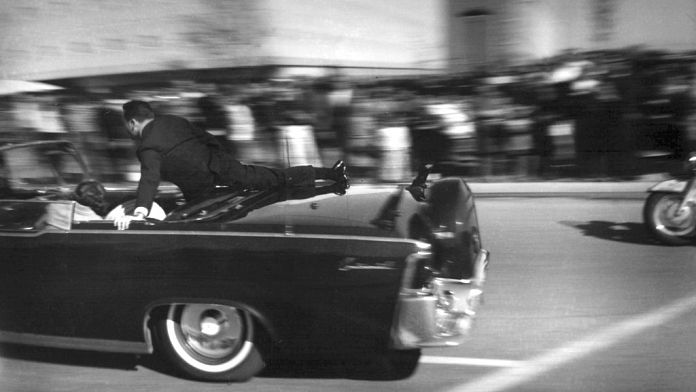 The US government has released thousands of FBI and CIA documents relating to the assassination of John F. Kennedy in 1963.
This could shed light on Lee Harvey Oswald, the main suspect in JFK’s assassination.

In the United States, as promised by the government, the National Archives released nearly 1,500 documents relating to the FBI and CIA investigations into the assassination of John Fitzgerald Kennedy (JFK) in 1963.

According to official findings, JFK was killed by Lee Harvey Oswald.

Declassified reports show that investigators have multiplied leads, from Soviet intelligence services to Communist groups in Africa to the Italian Mafia, to determine whether Oswald had benefited from complicity in the murder committed on November 22, 1963 in Dallas, Texas, which caused shock around the world.

They show in particular that the United States intensified its activities of espionage and influence on the Cuban regime of Fidel Castro, with whom Oswald had had contact and whom the Kennedy government wanted to overthrow.

The assassination has given rise to numerous conspiracy theories, fueled by hundreds of books and films such as Oliver Stone’s “JFK” (1991).

They refute the conclusions of the so-called “Warren commission“who determined in 1964 that Lee Harvey Oswald, a former Marine Commando who lived in the Soviet Union, acted alone in the assassination of President Kennedy.

Some believe that Oswald was used by Cuba or the USSR. Others believe that the assassination was sponsored by the Cuban opposition with the support of the US secret service and the FBI, or by opponents of JFK in the United States.

In 2017, Donald Trump made public records in this case, in accordance with a 1992 law of Congress requiring that all documents related to President Kennedy be released within 25 years.

Some archives will never be published?

President Biden, who had promised to abide by the law, however postponed declassification of new documents for a year in October.

The White House is now under pressure to make the other documents public before December 15, 2022, unless it has reason to keep them secret.

Philip Shenon, specialist in the assassination of Kennedy, estimated Wednesday in the magazine Politico that some documents would never be published for security reasons, and that this would continue to fuel conspiracy theses.

According to him, 15,000 documents remain in secret, most of them from the CIA and the FBI.

WHO implicated in sexual abuse in DR Congo

Germany: greens and liberals, key players in the future coalition