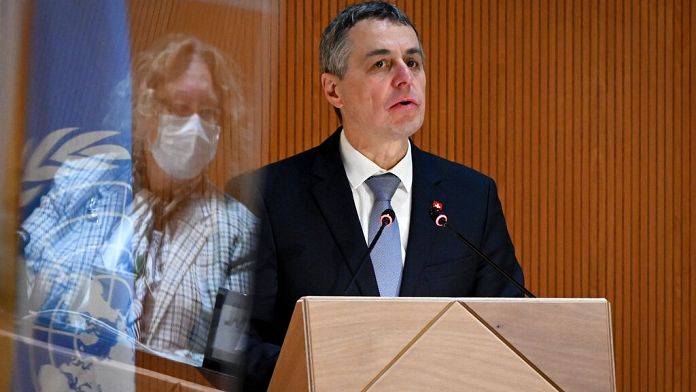 Switzerland could decide on Monday to freeze Russian assets, its president Ignazio Cassis hinted on Sunday, in the face of growing pressure for the country to take strong sanctions.

“It is very likely that the Federal Council will decide in this direction tomorrow (Monday) “during an extraordinary meeting”declared Mr. Cassis, questioned on the public channel RTS if Switzerland was going to freeze the billions of Russian assets in the country.

“But I can’t anticipate decisions that haven’t been made yet“, he added, specifying that the decision “will also take into account Swiss neutrality”.

If Russia is only the 23rd commercial partner of Switzerland, the banks of the alpine country are among the favorites of the big fortunes to invest their money.

According to statistics from the Bank for International Settlements, Swiss banks’ liabilities to Russian customers amounted to $23 billion in the third quarter of 2021, including $21.4 billion in the form of deposits. Russian oligarchs also have interests in large Swiss companies.

In addition, 80% of Russian oil and gas trading is done in Switzerland, according to estimates cited by the Swiss press while the country is home to large commodity trading companies such as Gunvor, Trafigura or Glencore.