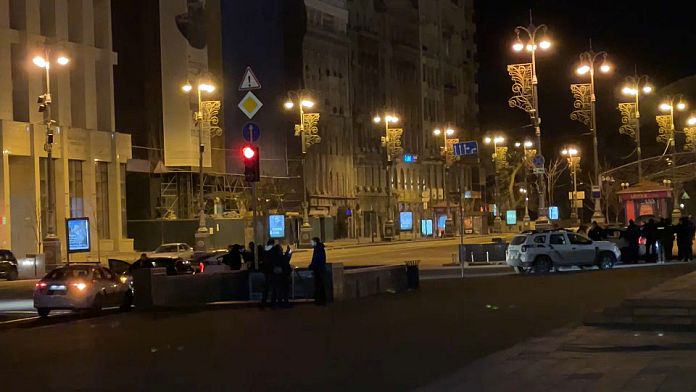 Since the invasion of Russia, the Ukrainian police are under tension. Our reporter Valérie Gauriat met with police officers.

This beginning of the week, at nightfall, calm seemed to occupy the deserted streets of the Ukrainian capital. But behind the apparent tranquility, since Tuesday, the security services have been on high alert and the city is preparing for the worst: an invasion.

In Kiev, all the police are in combat mode, explains our journalist on the spot. She is with police officers who check the vehicles and asks them what they are looking for. Off camera, officers tell him that they discovered several automatic weapons in the man’s vehicle.

The serial numbers of these automatic rifles have been erased and they are not registered. The officers are getting nervous. This is the third time in one day that this patrol has found this type of object.

According to them, street fights could take place in Kiev, if Russia invades the capital. As night fell, calm seemed to reign in the Ukrainian capital. The center of the Ukrainian capital was deserted. But behind the apparent tranquility, since Tuesday, the security services have been on high alert and the tension is very real in Kiev.

Ukraine’s health minister said on Saturday that 198 civilians had been killed, including three children, and more than 1,000 injured since Russia’s invasion of the country began three days ago.

“Unfortunately, according to operational data, 198 people died at the hands of the invaders, including three children, and 1,115 were injured, including 33 children,” Minister Viktor Lyashko said on Facebook.

Volodymyr Zelensky ready to negotiate on the Donbass