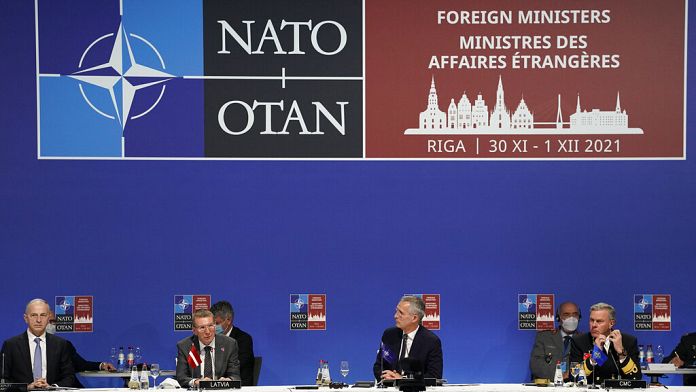 The members of the Atlantic Alliance gathered on Tuesday in Riga in Latvia to prepare for the worst and reflect on the measures to be taken against Moscow.

“There will be a high price to pay for Russia if it again uses force against an independent sovereign nation, Ukraine. We have demonstrated our ability to impose costs, economic or political actions.”

But for his part, Vladimir Putin sweeps away any hint of invasion and even plays the victims: “If any strike systems appear on the territory of Ukraine, the time to reach Moscow will be 7-10 minutes, and five minutes in the case of the deployment of a hypersonic weapon. We will have to create something similar to those who threaten us in this way. And we can do it right now. “

Last week Ukraine spoke of more than 90,000 Russian troops at its border … The Ukrainian president even said he believed a coup was being prepared against him.. But Kiev, it must be remembered, is not protected by Ukraine’s collective defense pact.