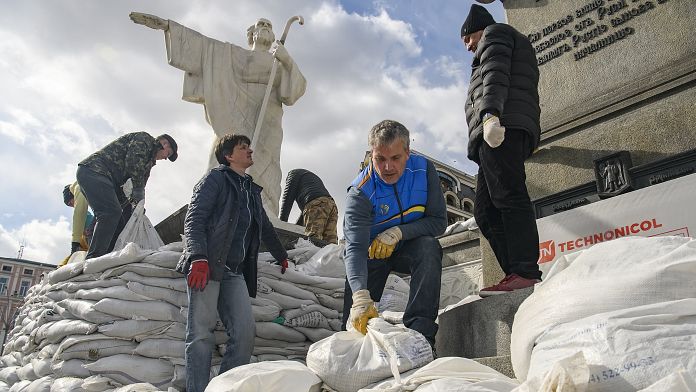 As representatives of Ukraine and Russia are due to meet for a new round of talks, euronews brings you the latest assessment of the situation on the ground in Ukraine, according to the Institute for the Study of War.

And then the green circles to the north, towards Chernihiv, Sumy, Kharkiv, Luhansk and Mariupol. These are the areas where significant fighting has taken place over the past 24 hours.

According to the UK Ministry of Defence, there has been “no significant change in the dispositions of Russian forces in occupied Ukraine“. And this is the map that shows their positions and intended movements, as they attempted to make their way to central Ukraine and eventually to the Ukrainian capital.

Which means that tens of thousands of people who are still trapped in besieged cities in Ukraine and have been there for weeks without electricity, food and water will not be able to leave.

War in Ukraine: start of talks in Belarus to try to end the conflict