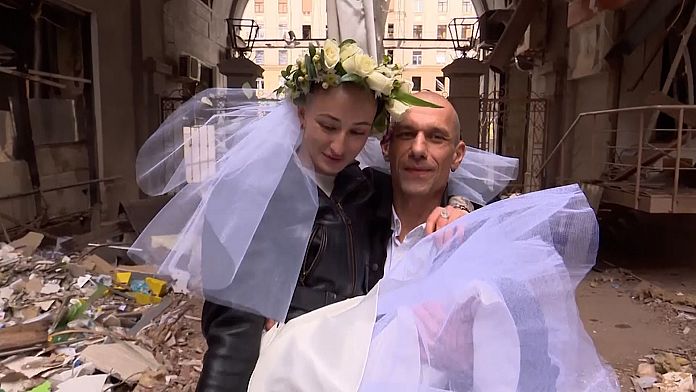 Despite the war that has been raging for several weeks in Ukrainetwo residents of Kharkov have decided to marry, in the middle of the debris. Anton Sokolov, doctor, and Nastya Gracheva, nurse, said “yes” to each other on Sunday. Since the start of the conflict, they have been working as volunteers to help the population, organizing collections to obtain medications which the city sorely lacks.

Russia / Ukraine war: a strike on a military barracks kills dozens in Mikolaiv

“Freedom of the press is finally on the European agenda”, Reporters Without Borders publishes its assessment