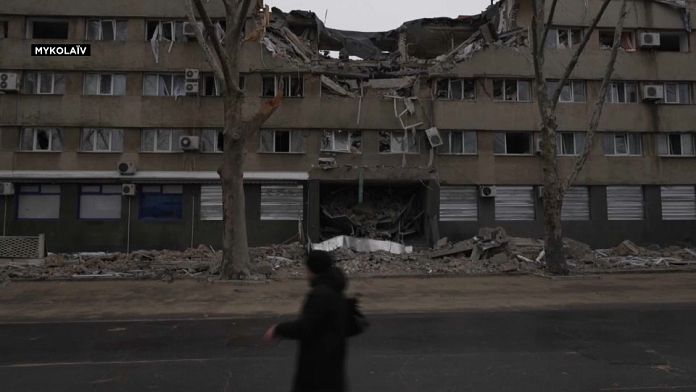 Hospitals, schools and buildings destroyed in several Ukrainian cities. For its part, Moscow said it was concentrating on the main objective, “the liberation of Donbass”.

Used as a shelter since the Russian invasion, the Mariupol hospital is now under the control of separatists from Donetsk supported by Moscow. The building of the health establishment, as well as other residential buildings, bear the scars of the bombardments of recent weeks. According to the Ukrainian authorities, around 300 people were killed in an airstrike…

Since then, tens of thousands of people fled Mariupolmostly by car, passing through dozens of Russian checkpoints, such as at Zaporizhiathe nearest city.

AT Kharkov, a month after Russia invaded Ukraine, entire swathes of the city are in ruins, including schools and residential buildings. But the Russian advance continues to slow; at Kyiv, the troops were pushed back a few kilometers. However, the capital remains suspended in uncertainty and fear of a possible assault.

For its part, the Russian General Staff declared that the main objectives of the first stage of the military operation in Ukraine have been achieved. Russian forces can now concentrate on the main objective, the “liberation of Donbass”.

AT Mykolaiv, Moscow’s army is trying to advance into the Ukrainian city, but residents have been resisting and repelling the attacks for weeks. The city is considered a key checkpoint for Russian forces, should the latter attempt to take Odessa by land.

EU promises to invest 150 billion euros in Africa by 2030