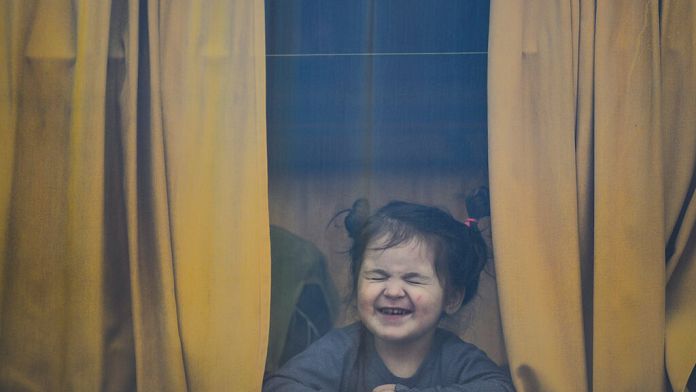 More than 3,000 people have fled the Mariupol region, by bus and private cars, the Ukrainian authorities announced, while the Red Cross, after an initial failure, prepares a new attempt to evacuate the besieged port city on Saturday and devastated.

Mariupol remains contested by both sides

On the 37th day of the invasion of Ukraine decided by Moscow, which killed thousands of civilians and soldiers, the Russian forces are loosening their grip on kyiv and Cherniguiv and are regrouping to concentrate on the east of the country, where they will face a seasoned Ukrainian army, which suggests a conflict “prolonged”which could last for months, warned the Pentagon.

In the south-east, Mariupol remains disputed by both sides, and the humanitarian situation there is catastrophic. After weeks of shelling this strategic town on the Sea of ​​Azov, local authorities reported at least 5,000 residents killed.

According to the latest estimates, some 160,000 people are still stuck in the city, whose capture would ensure territorial continuity for the Russians, from Crimea to the two pro-Russian separatist republics of Donbass. Evacuations of civilians, impossible for weeks, are now being done gradually.

“Today (Friday) humanitarian corridors worked in three regions: Donetsk, Luhansk and Zaporozhye. We managed to save 6,266 people, including 3,071 from Mariupol”said Ukrainian President Volodymyr Zelensky via a video broadcast overnight from Friday to Saturday.

“1,431 people traveled from Berdyansk and Melitopol on their own to Zaporozhye. 771 of them came from Mariupol”and “42 buses from the city of Berdyansk with residents of Mariupol and 12 from Melitopol with local residents” were en route in the evening to Zaporozhye, for a total of “more than 2,500 people”said Ukrainian Deputy Prime Minister Iryna Vereshchukpointing out that further evacuations were “expected and planned” during the day on Saturday.

“Our city no longer exists”

On Friday evening, AFP observed around 30 evacuation buses enter the city of Zaporozhye, some of them carrying people who had fled Mariupol on their own and then been taken by bus to the territory controlled by Ukraine.

Arriving in the suburb of Zaporozhye, some evacuees wept with relief to be back in Ukrainian territory.

Several evacuees from Mariupol told AFP they had to walk 15 kilometers or more to leave the city, before finding private vehicles to continue their journey. Their trip ended with a 12-hour bus ride that meandered through a series of checkpoints before arriving in Zaporozhye, a trip that would have taken only three hours before the war.

“We were crying when we reached this area. We cried when we saw soldiers at the checkpoint with Ukrainian patches on their arms”said Olena, her little girl in her arms. “My house was destroyed. I saw it in photos. Our town no longer exists”.

“I’m crying, I just saw my granddaughter”said Olga, a Ukrainian who was waiting at the center organized in Zaporozhye for the families of the displaced.

“His mother’s family is still in Mariupol and we don’t know if they are alive”she added. “There are no words to say how happy I am to see her safe”.

Another ICRC evacuation attempt in Mariupol this Saturday

These residents of Mariupol had managed to reach the city of Berdiansk, occupied by Russian forces, where they had been taken care of by the convoy, according to testimonies of arrivals to AFP and official officials.

The International Committee of the Red Cross (ICRC), which was to take part in the evacuation, announced on Friday that its team sent to Mariupol had to turn back, the planned evacuation of thousands of civilians from this port city besieged by the Russian forces being “impossible” this day.

“The ICRC team, which includes three vehicles and nine people, did not reach Mariupol and could not facilitate the safe passage of civilians today”the organization said in a statement.

“They will try again on Saturday to facilitate the safe passage of civilians from Mariupol”added the Red Cross.

The latter pointed out that “for the operation to succeed, it is essential that the parties respect the agreements and provide the necessary conditions and security guarantees”.

Conditions weakened by the continued fighting. Russia on Friday accused Ukraine of carrying out a helicopter strike on its soil and threatening to toughen negotiations.

Taliban visit to Oslo: “a success in itself” for the head of Afghan diplomacy