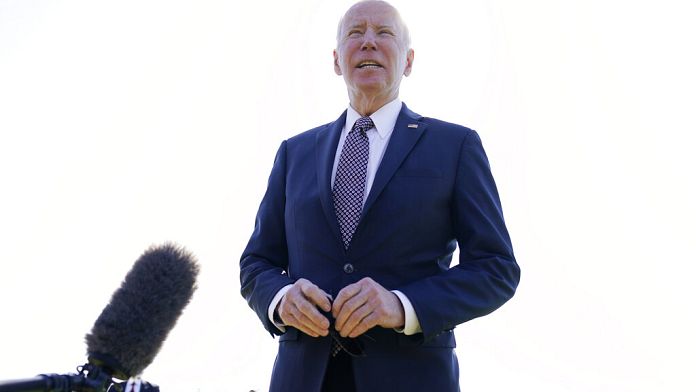 Joe Biden said on Monday wanting a “war crimes trial” after the discovery of numerous bodies wearing civilian clothes at Butcha, in the vicinity of Kyiv. The US president also said he wanted to take “additional penalties” against Russia, to the journalists who were waiting for him on his return to Washington, after a weekend at his family residence in Delaware. Joe Biden reaffirmed that he holds his Russian counterpart Vladimir Poutine for a “war criminal” and called him “brutal”believing that he should “accountable”.

After the withdrawal of Russian troops from the vicinity of Kyiv, the corps of 410 civilians were withdrawn from towns in the region, according to the Prosecutor General of Ukraine, Iryna Venediktova. And especially in Boutcha, located northwest of the capital.

I’AFP said to have seen there the corpses of at least 22 people wearing civilian clothes. One of them was lying near a bicycle and another had shopping bags next to her. A corpse had its hands tied behind its back. Among the victims, two people had a large head wound.

The President of the European Commission, Ursula von der Leyenalso reacted by tweeting on Monday that the European Union was ready to send investigators to Ukraine to help “documenting war crimes”.

Ukrainian President Volodymyr Zelenskywho visited Boutcha, for his part described the Russian actions as “genocide” and called on the West to apply tougher sanctions against Russia.

Moscow for its part denied having killed civilians in this city. The Kremlin and the Russian Foreign Minister Sergei Lavrov evoke “falsifications” and staging for the press.