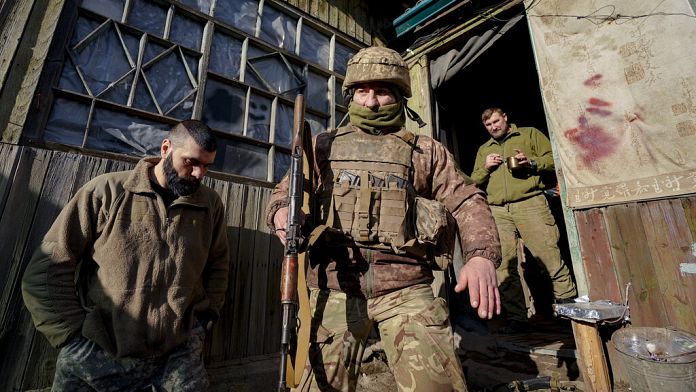 Russian Presidents Vladimir Poutine and usa Joe Biden agreed on Monday to meet at a summit, proposed by their French counterpart Emmanuel Macron on the condition that an invasion of Ukraine has not taken place by then, a surprise announcement which intervenes whereas a war was given for imminent.

“If an Invasion Didn’t Happen”

“Presidents Biden and Putin have each accepted the principle of such a summit”welcomed the Elysée in a press release, specifying that the talks will subsequently be extended to “all stakeholders” to the Ukrainian crisis.

But this peak “can only stand if Russia does not invade Ukraine”, warned the French presidency. Joe Biden will meet Vladimir Putin “if an invasion has not taken place”confirmed the White House, in the absence of comments from the Kremlin at first.

United States “pledge to continue diplomacy until such time as an invasion begins”White House spokeswoman said in a statement. Jen Psaki.

“President Biden has agreed in principle to a meeting with President Putin (…) if an invasion has not taken place”she continued.

“We are also prepared to inflict swift and severe consequences if Russia chooses war instead.”warned Ms. Psaki, however, “and currently, Russia appears to be continuing its preparations for a full-scale attack on Ukraine very soon”.

The content of the summit will be prepared by the US Secretary of State Anthony Blinken and his Russian counterpart Sergei Lavrov during their meeting scheduled for next Thursday, said the Elysée for its part.

This announcement by Paris comes as Russia and Ukraine continued on Sunday to accuse each other of being responsible for the new fighting in the separatist east of Ukraine.

After his visit to Moscow in early February, Emmanuel Macron snatched this diplomatic victory after two talks on the same day on Sunday with Vladimir Putin.

His second meeting with Vladimir Putin took place in the evening, after the French president had spoken to his American counterpart Joe Biden, confirming his role as mediator between the two former Cold War enemy powers.

This surprise announcement contrasts with the warnings of an imminent intervention by Moscow, according to Westerners, Antony Blinken repeating again on Sunday that Russia was “about” to invade Ukraine.

Images from the US satellite imagery company Maxar, however, show new deployments of Russian troops and military equipment on the Ukrainian border.

These new photos taken on Sunday show traces of vehicles crossing snow-covered fields, surrounded by woods and lined with roads.

Westerners fear that the intensification of fighting for several days on the front line will serve as a pretext for Russia, which has massed 150,000 soldiers on the Ukrainian borders, to invade its pro-Western neighbor.

Vladimir Putin blames this outbreak of violence on “Ukrainian provocations”while the separatists ordered the evacuation of civilians and the mobilization of able-bodied men.

The evacuation order prompted 53,000 civilians out of three million living in the separatist zone to reach Russia, according to Moscow, and a state of emergency was declared in the Russian region of Kursk.

Ukrainian President Volodymyr Zelensky denounced “provocative shots” rebels sponsored by Moscow and calls for the resumption of negotiations with Russia under the aegis of the OSCE and the establishment of a “immediate ceasefire”.

Officials of the independentist region of Lugansk report on Monday two civilians killed in bombings by the Ukrainian army, unverifiable accusations from independent sources.

According to the Elysée, the importance of a ceasefire was also underlined during the Putin-Macron interview.

The heads of Russian and French diplomacy, Sergei Lavrov and Jean-Yves Le Drianare due to meet on Monday, according to Moscow.

An extraordinary meeting of the Organization for Security and Cooperation in Europe (OSCE) devoted to Ukraine is also due to take place on Monday.

Moscow denies any plan to invade Ukraine but demands the promise that the country will never join NATO and an end to the expansion of the Alliance on its borders, all demands rejected by the West until ‘here.

The crisis around Ukraine since late 2021 has caused the worst escalation of tensions Europe has seen since the Cold War.