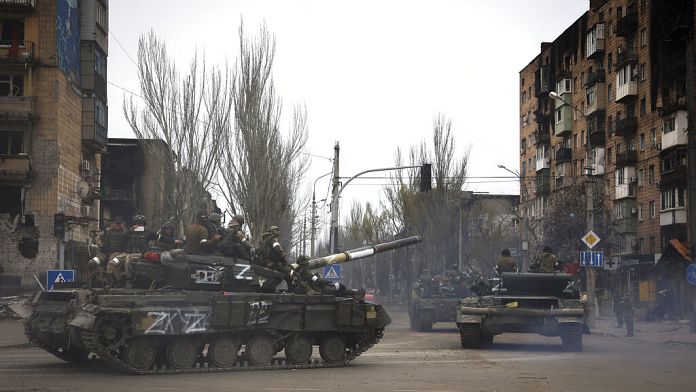 Ukrainian Defense Minister Oleksiy Reznikov said on Wednesday he expects “extremely difficult weeks” against the Russian army which “has already accumulated forces for a major offensive in the east”, Moscow’s priority. He called on Ukrainians for “resilience and unity”.

“Unfortunately, we will lose more soldiers before we win.“, he added, considering that“there will be more destruction and injuries“.

According to him, the Russian army, “already aware of its strategic defeat, will try to inflict as much pain as possibleto Ukrainian soldiers whom he urged to “hold on”.

Russian push into the Donbass

Earlier in the day, the Ukrainian army recognized an advance by Russian forces in the east of the country, with the capture of several localities in the Kharkiv region and in the Donbass.

The Russian army claimed to have destroyed with missiles a “large quantity” of weapons delivered to kyiv by the United States and European countries, in the south-east of Ukraine. As for the Ukrainian army, it said it had bombed Russian positions on Serpents’ Island in the Black Sea, which had become a symbol of Ukrainian resistance.

The authorities of the pro-Russian separatist republic of Transdniestria, in Moldova, for their part announced that a village bordering Ukraine hosting a large deposit of Russian ammunition had been the target of fire after being flown over by drones.

Sixty-three days after the start of the Russian offensive, the question of significant air defense assistance, requested by kyiv, remains unresolved. Faced with the intensification of Western military aid to kyiv, Russia is adjusting its strategy in Ukraine by targeting key supply nodes while pursuing its objective of controlling part of its territory

President Vladimir Poutine warns him against any outside intervention:If anyone intends to interfere from the outside in what is happening in Ukraine and create unacceptable threats for Russia, they must know that our response will be swift and with lightning..”

In the Azovstal factory in Mariupol, the last bastion of Ukrainian soldiers, the situation remains very difficult. Cut off from the world and surrounded by hundreds of civilians, they call for help.

“In our group there are more than 600 injured comrades, with different levels of severity. They really need medical help. Here, there are no conditions, no medicines, no personnel who could help them. We have injured civilians. We help them as much as we can“says Sergiy Volynsky, commander of the 36th Brigade of the Ukrainian Naval Forces.

“Save Mariupol ! “: demonstrators gathered on Independence Square in kyiv appeal to the international community. At their head, the wife of an infantryman trapped in the factory. She calls for international mediation.

At 135 million euros, a 1955 Mercedes becomes the most expensive car of all time