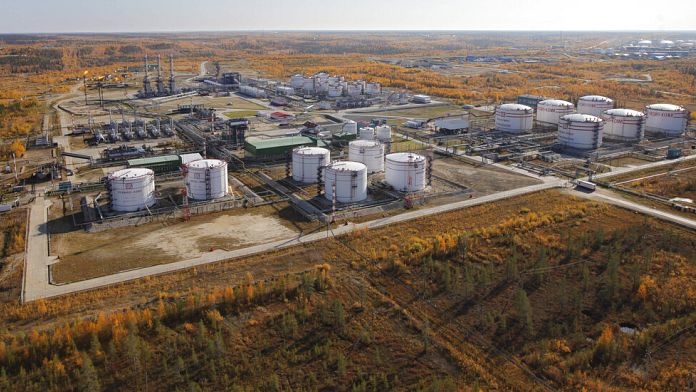 The end of the ordeal for some of the civilians stranded in the Azvostal factory, in Mariupol in Ukraine. This steel mill is the last pocket of Ukrainian resistance in the city, controlled by the Russian army.

Led by the UN and the International Committee of the Red Cross and in coordination with the Ukrainian and Russian authorities, the operation enabled the evacuation of 100 people. As the Ukrainian president indicated on twitter, the group is heading towards Zaporizhia, a city in territory controlled by Ukraine. The teams are now working with the UN to evacuate other civilians from the plant, according to Volodymyr Zelensky.

The Russian Ministry of Defense meanwhile assured that “thanks to the initiative of Russian President Vladimir Putin, 80 civilians, including women and children, detained by Ukrainian nationalists, were rescued from the territory of the Azovstal plant in Mariupol (…), evacuated to the village of Bezimennoye in the People’s Republic of Donetsk (under Russian control, editor’s note), where they received accommodation, food and the necessary medical assistance“.

“Civilians … who wanted to leave for areas controlled by the kyiv regime were transferred to representatives of the UN and the International Committee of the Red Cross“, added the ministry.

It is estimated that approximately 1,000 civilians and 2,000 Ukrainian soldiers are entrenched in the Azovstal steelworks. 100,000 civilians are also believed to be in the city of Mariupol, which is subject to a blockade.

Buses with the letter Z

A video released by the Russian Ministry of Defense shows a convoy of cars and buses driving in the dark, adorned with the letter “Z”, symbol of the Russian armed forces in this conflict.

The UN confirmed “an evacuation operation In progress. This was launched “in coordination with the ICRC and the parties to the conflict“, said Jens Laerke, spokesperson for the Office for the Coordination of Humanitarian Affairs. He stressed that he could not give any other details for security reasons.

Thousands of civilians had been able to leave since the start of the war on February 24 Mariupol, a port city populated before the war by half a million inhabitants and now under Russian control after weeks of bombardment which almost entirely destroyed destroyed and we do at least 20,000 dead, according to the Ukrainians.

But this is the first time, after multiple failed attempts despite the intercession of foreign officials and Pope Francis, that civilians entrenched in the Azovstal complex, the last pocket of Ukrainian resistance crushed by Russian bombs, can get out. .

Earlier in the day, Speaker of the United States House of Representatives Nancy Pelosi met with Volodymyr Zelensky during a surprise visit to Kyiv. She recalled her country’s unfailing support for Ukraine in the fight against the Russian invasion. “You shouldn’t be intimidated by the bullies. If they make threats, you shouldn’t back down. That’s how I see things. We’re here to fight, and we shouldn’t give in to a bully“said the Speaker of the House of Representatives at a press conference.

This visit came a week after the trip to kyiv by the head of American diplomacy Antony Blinken and the Minister of Defense Lloyd Austin, who had announced additional aid of more than **700 million dollars.
**

The Russians for their part celebrated the Workers’ Day on this Sunday, May 1, as in Moscow. Communist Party leader Gennady Zyuganov urged workers to support the Russian military’s efforts to “defend the people of Donbass”, in his words.

What is the Swift system from which Russian banks have just been excluded?