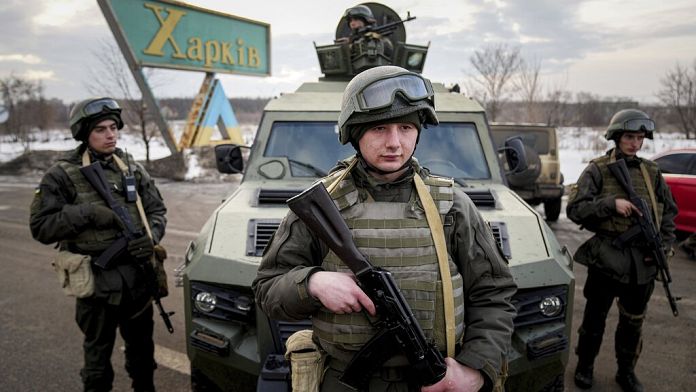 Ukraine’s presidency said on Sunday that it had agreed to talks with Russia and that they would take place on the border with Belarus, near Chernobyl, a decision after mediation by Belarusian President Alexander Lukashenko.

“The Ukrainian delegation will meet the Russian (delegation) without setting any preconditions on the Ukrainian-Belarusian border, in the Pripyat River region“, said the presidency on social networks.

The nearest town in this area, on the Ukrainian side, is Pripyat, world famous since the accident at the nearby Chernobyl nuclear power plant in 1986. This locality, which is no longer inhabited, has become a tourist destination in recent years.

Kremlin spokesman Dmitry Peskov told him that the meeting will take place in the Gomel region in Belarus without further details. This region borders, in particular, the area of ​​Pripyat. The Ukrainian presidency did not specify the date of these talks, but Russia indicated that they would take place Sunday. According to Vladimir Putin, a Russian delegation is already present in Gomel.

Vladimir Putin has repeatedly assured that he was in favor of discussions, provided that they are held in Belarus, an allied country of Moscow which serves as a rear base for the Russian invasion. The Ukrainian government, for its part, had so far expressed its willingness to negotiate in any country outside Belarus, which is clearly in the camp of Russia.

Alexander Lukashenko assured Ukrainian President Volodymyr Zelensky that “(Russian) planes, helicopters and missiles deployed on the territory of Belarus would remain on the ground during the arrival, negotiations and departure of the Ukrainian delegation“, said the Ukrainian presidency on Sunday.

Earlier in the day, the Russian president announced that he was putting the Russian army’s “deterrence force” on alert, which may include a nuclear componenton the fourth day of Moscow’s invasion of Ukraine.

The Russian president justified this decision by the “bellicose declarations of NATO“towards Russia. He also criticized the economic sanctions taken against Russia for its invasion of Ukraine, according to him”illegitimate“.

The Russian deterrent forces are a set of units whose purpose is to deter an attack against Russia,including in the event of war involving the use of nuclear weapons“, according to the Ministry of Defense. These forces are equipped with missiles, strategic bombers, submarines and surface ships. On the defensive side, they include an anti-missile shield, space control systems, anti-aircraft and anti-satellite defense.

The United States denounced an “i_nacceptable_” escalation by Moscow. Russian President Vladimir Putin”manufactures threats that do not exist“, denounced the spokeswoman for the White House Jen Psaki.

“This is a repeated pattern that we have seen from President Putin during this conflict, which is to fabricate threats that do not exist in order to justify continued aggression.“, denounced Jen Psaki. “At no time has Russia been threatened by NATO or Ukraine (…) We will resist this. We have the capacity to defend ourselves“, she added.

The stock market plummets, the price of oil soars, the war in Ukraine worries the markets

Gradual return to normal in Kazakhstan