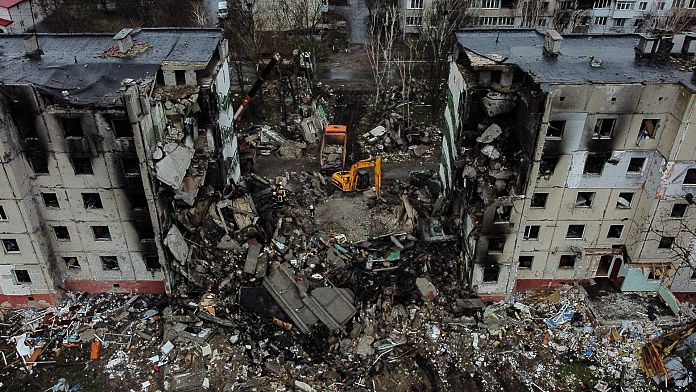 Twenty new civilian bodies have been discovered in the past 24 hours in the Kyiv region, partly occupied for several weeks by Russian forces, Ukrainian police announced on Wednesday, for a cumulative total of 1,235 civilian bodies found. at this stage.

These 20 bodies were discovered”in Borodyanka, villages not far from it and villages of the Vyshgorod district“, said the head of the regional police, Andriï Nebytov questioned by a Ukrainian television channel, the video of which was then published by the Ministry of the Interior and the police.

“_In total 1,235 bodies of civilians have been found and inspected_s”, he announced, of which 800 have already been “reviewed by experts“.

A previous report given on April 21 by the Ukrainian Deputy Prime Minister, Olga Stefanichyna, reported more than 1,000 civilian bodies “currently (in morgues) from the entire kyiv region”.

“I can tell you, sadly most of them are people shot dead“, specified Andriï Nebytov this Wednesday.

At this stage, 282 bodies have not yet been identified, according to the police.

The Ukrainian group Antytila ​​traded their musical instruments for firearms