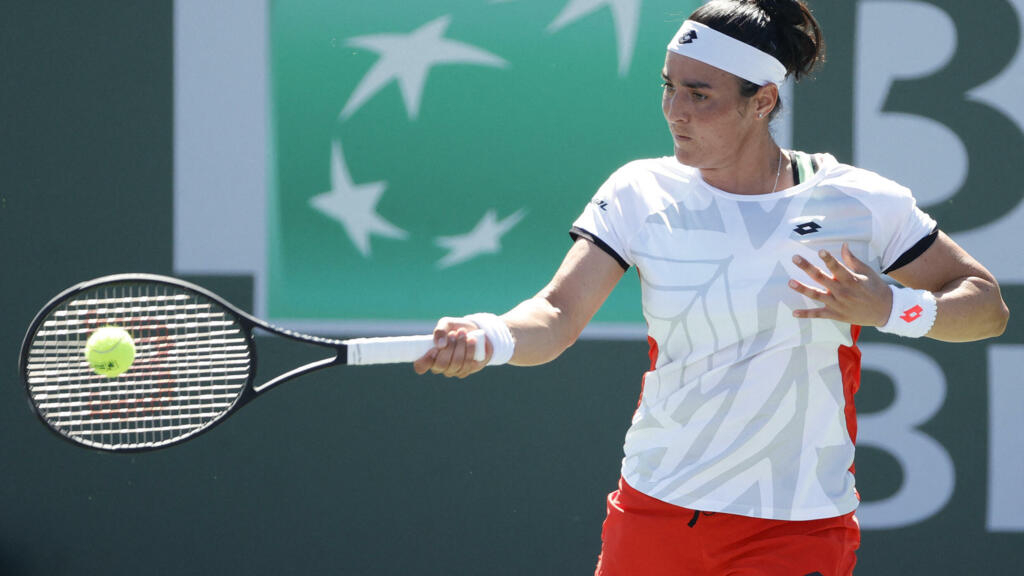 After beating Russian player Anna Kalinskaya on Tuesday, Tunisian Ons Jabeur is guaranteed to reach the world Top 10, thus fulfilling one of her most cherished wishes. This is the first time that a tennis player from an Arab country enters this international ranking.

The Tunisian Ons Jabeur is guaranteed to become, on Monday 18 October, the first tennis player from an Arab country to enter the Top 10 in the world, after her qualification for the quarterfinals of the Indian Wells tournament (WTA).

Ons Jabeur, 27, had no difficulty Tuesday night to overcome the obstacle of the Russian Anna Kalinskaya, ranked 151e, to win his 47e victory this year.

His rise in recent years in the world rankings was already remarkable. But by entering the Top 10 of the international weekly ranking, she moves to the next stage, for the first time in her career as a professional player.

Jabeur is guaranteed to be at least 9e in the WTA rankings on Monday after reaching the quarterfinals in Indian Wells. She will face Estonia’s Anett Kontaveit on Wednesday. She was 14e after qualifying for the final of the Chicago tournament, lost to Spain’s Garbine Muguruza.

This was already the best position for a player from an Arab country, previously occupied by Moroccan Younes El Aynaoui in 2003 and 2004. “Believe,” tweeted Ons Jabeur about her entry into the WTA Top 10.

Ons Jabeur has also increased its chances of booking a ticket to the Final Masters Championship scheduled for Guadalajara, Mexico, from November 10-17 in which the top 8 players in the world participate.

“I always told my mother that I wanted to be number one in the world. I’ve always believed in it, but major WTA victories are a dream come true, and I hope I can inspire the next generation. Not many players from my country play tennis,” said Ons Jabeur after his victory on Tuesday.