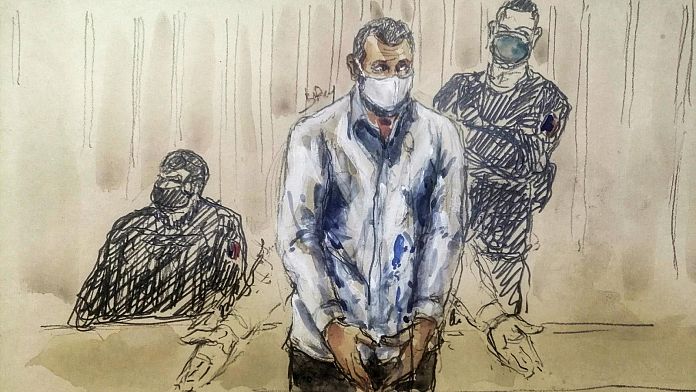 Salah Abdeslam, the main accused in the trial of the attacks of November 13, 2015 in Paris, decided on Wednesday to exercise his “right to silence” by refusing to answer questions from the special assize court.

“Mr. President, Ladies and Gentlemen of the Court. Today, I want to make use of my right to silence“, declared Salah Abdeslam at the opening of the hearing, which was to be devoted to his interrogation on the evening of November 13, 2015, provoking dismayed sighs on the benches of the civil parties.

“Yes, that’s it,” replied the accused, dressed all in black, in a calm voice.

“For what reasons ?“, insists the president disconcerted and disappointed by the attitude of the accused. “You were sometimes provocative, I told you, but you were able to have understanding remarks with regard to the victims.“, he explains to Abdeslam.

“There are many reasons not to speak. It is also so that I am not called a provocateur that I no longer wish to express myself. It is my right, I do not have to justify myself“, replied the accused in a calm and clear voice.

The right to silence, “it is a right that I have and I do not wish to give explanations“, he continues.

“I made efforts, I kept silent for six years. Then I changed my mind, I spoke to the victims with respect. Today, I no longer want to express myself. I can not anymore“, he said before sitting down on his bench.

The special assize court of Paris was to question this Wednesday the main defendant on the precise course of the night of terror of November 13, 2015. But the many questions of President Jean-Louis Périès remained unanswered as indicated by a journalist from public radio France Inter presents this Wednesday in the courtroom.