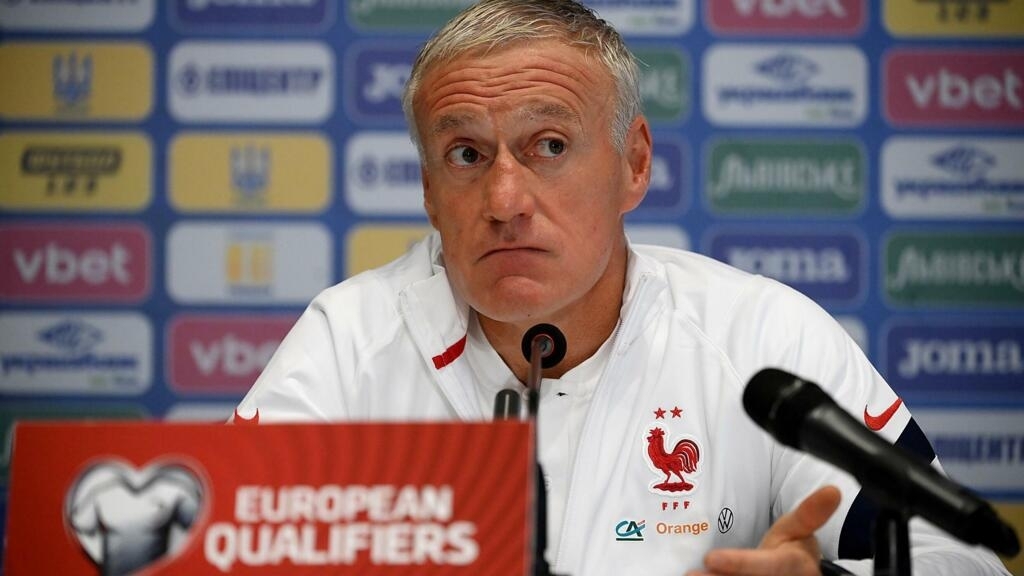 Out of efficiency and imagination, Didier Deschamps ‘ Blues remain on five consecutive draws. A first in the history of the French team that faces Finland on Tuesday, in a crucial meeting for the World-2022.

Les Bleus are they still scary ? More really, it seems, since a few games, as Didier Deschamps ‘ men will face, Tuesday 7 September in Lyon, Finland in a decisive duel of the qualifiers for the 2022 World Cup.

Prematurely eliminated from Euro-2021 by Switzerland in the eighth final, while they had been designated as the great favorites of the competition, the French, who have not won any of their last five games – Hungary, Portugal, Switzerland, Bosnia-Herzegovina and Ukraine-seem still recovering.

Their last two exits in the qualifying phase of the World Cup-2022, against Bosnia and Herzegovina (1-1) at home and against Ukraine (1-1) in Kiev, have confirmed the diagnosis. Twice led to the score, the Blues managed to equalize but without managing to dictate their law to opponents yet largely within their reach, but hardly impressed.

“Are we healed ? Apparently this is not the case, but I feel players who want to give everything, said, Monday before the press, captain Hugo Lloris. There are times like this when you don’t find the solution, but it’s not the time to let go, on the contrary. It’s time to hurt yourself.”

Lack of inspiration on the field and the sidelines, physical decline, lack of automatism, stereotyped game … the list of grievances is long while the French team is no longer entitled to a wildcard in the race for qualification.

Les Bleus are still at the top of Group D with 9 points, ahead of Finland, which has 5 points. But their opponent of the day is two games late. Therefore, a defeat of the reigning world champions tonight would jeopardize the chances of retaining this first place directly qualifying for the World Cup held in Qatar.

While some sports media are increasingly questioning the coach’s abilities to raise the bar, the question of his retention had also been raised after the Euros. The Blues have the opportunity to close the debate Tuesday night.

“It’s a less happy period obviously because of the results, said Monday Didier Deschamps in front of the press. We know what we have to do to stay in control of our destiny, and that comes with a victory.”

“The flame has just gone down, it is not extinguished yet”

It is first for the Blues to regain the defensive solidity that was their strength, when they have conceded at least one goal in the last five games.

5-France have conceded the opener in each of their last 5 matches, their longest such streak since November 2009-June 2010 under Raymond Domenech (also 5). Sleeping beauty. # UKRFRA pic.twitter.com/OuOg95T8MY

Then, to display more panache and authority in the middle, which, when deprived of N’Golo Kanté, struggles to impose its domination. And this, despite the best efforts of Paul Pogba.

“We have to do much better,” conceded the Manchester United midfielder after the match against Ukraine, in an interview with RTL and M6. “You have to be more aggressive, wet the jersey, show more desire (…) It’s been a long time since I won a game with the French team, I miss it, we all miss it, he added. The flame just went down, it’s not extinguished yet.”

On the attack side, the French must seek to inspire fear again to the opposing defenders. Against Finland, the offensive animation will probably be entrusted to Antoine Griezmann and Karim Benzema. The experienced duo must display a better complementarity in the absence of Kylian Mbappé, hit on the calf against the Bosnians in another disappointing game on his part.

In the opposite side, the Finns, still unbeaten in the group, have everything to gain against Les Bleus, of which they are the last fallers, since officially the eighth final against Switzerland was lost on penalties, after a draw. France had then bowed, to everyone’s surprise, in a friendly match in Saint-Denis on 11 November 2020 (0-2).

Eliminated from the Euro – the first in their history-in the group stage, the Finns continue to progress. If they are not the scarecrow of European football, they are able to resist any team thanks to a riot of energy as well as an exemplary collective and defensive solidarity. A discipline that does not prevent them from projecting forward to take advantage of the slightest opponent error.

In Lyon, facing Blues in full doubt, Finland will certainly look to do at least as well as the Bosnians and Ukrainians.