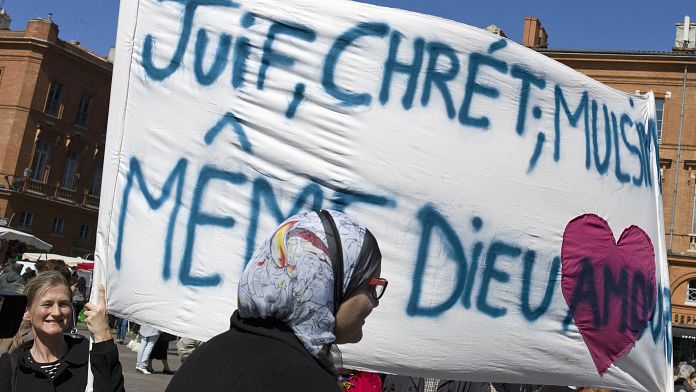 Emotion and contemplation in Toulouse, ten years after the attacks perpetrated by Mohamed Merah. Citizens, elected officials, soldiers, representatives of the Jewish community gathered to commemorate the attacks of March 2012 which killed three soldiers, three Jewish schoolchildren and their teacher.

On March 19, 2012, the Islamic terrorist Mohammed Merah opened fire in front of the Jewish school of Toulouse Ozar Hatorah, killing jonathan sandlera teacher, and his two sons Gabriel and Arie ages 3 and 6. He also attacks an 8-year-old girl, Miriam Monsonego.

A few days earlier, the terrorist had murdered three soldiers in Toulouse and Montauban: Imad Ibn Ziaten, Abel Chennouf and Mohamed Legouad. Entrenched in his apartment, Mohammed Merah was finally killed by the RAID police on March 22.

France, which had not known any attacks on its soil since 1996, then discovered with horror that a 23-year-old boy who had grown up in a working-class neighborhood in Toulouse had struck on its soil. A series of jihadist attacks with this new modus operandi will follow in France and other European countries.

Sinn Fein at the gates of power: the Northern Irish Republican Party leads the polls