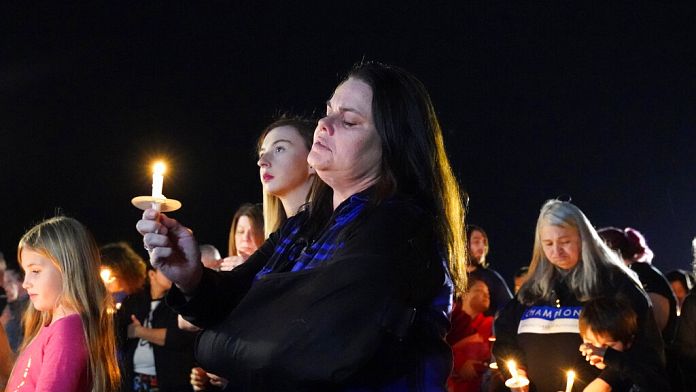 The President of the United States is expected in several cities of a Kentucky bruised and devastated by thirty tornadoes. Mourning the dead, clearing and rebuilding will take months.

Joe Biden is due to travel to Dawson Springs and Mayfield, a town of 10,000 that was nearly wiped off the map five days ago. While rescuers are still looking for victims, the clearance teams are at work and “the task is Herculean” say the authorities, “the extent of the damage beyond description”.

In what was once a housing estate in the town of Bowling Green, survivors mourn the deaths of 14 of their neighbors, including seven young people.

Ben Cerimovic, a neighbor, explains, emotion in his voice:

“They were living in separate houses, but they decided to take shelter together in the same house and unfortunately this house was demolished to the ground.”

Authorities have warned residents of Kentucky to be prepared to be without electricity and even running water for a period of time, as temperatures dip below zero overnight.

14 deaths were also recorded in the neighboring states of Tennessee (4), Illinois (6), Missouri (2) and Arkansas (2).

Extreme climatic conditions recreated in a laboratory to test their impacts