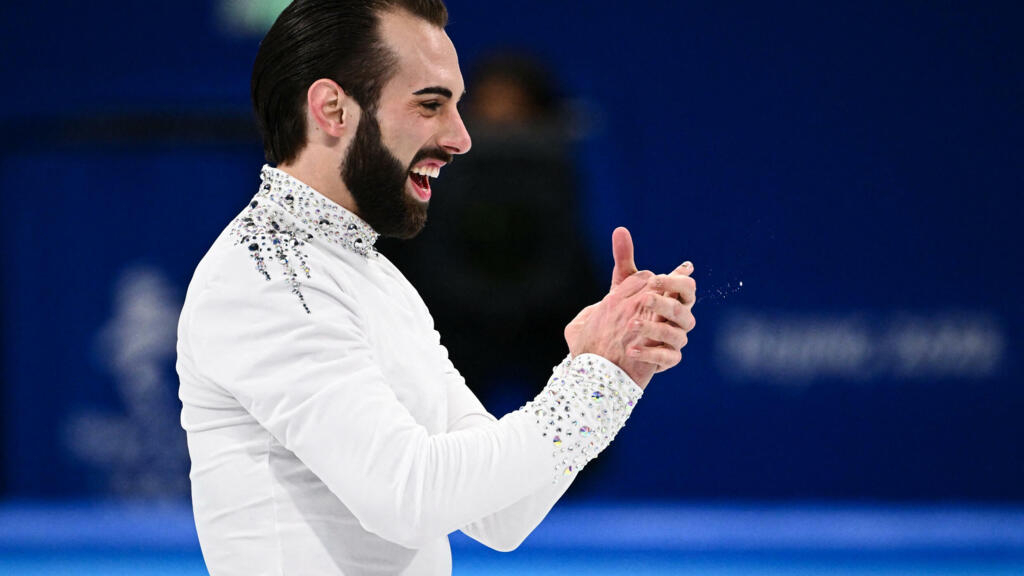 Timothy LeDuc, who uses the neuter pronoun “iel” (“they” and “them” in English), qualified in a duet with Ashley Cain-Gribble on Friday, February 18, during the pair short program. He was also, in 2019, the first openly gay athlete to win the U.S. national title in figure skating in pairs.

At least 35 LGBT+ athletes participate at the 2022 Olympics of Beijing – a record since the beginning of the Olympic Games.

The new diversity guidelines announced by the International Olympic Committee (IOC) last November – and which come into effect next March – aim to make the next Games more inclusive by ending the reliance on testosterone levels to decide which athletes can compete in men’s or women’s events.

“What really interests us is the result,” said Richard Budgett, the IOC’s medical and scientific director. The choice was therefore made to detail ten main themes – including inclusion, fairness and prevention of damage – which sports federations can then use to define the categories of competition.

“You shouldn’t have to choose between who you are and the sports you love,” says Liz Ward, program director at LGBT charity Stonewall, when contacted by France 24. IOC on Equity and Inclusion. It puts transgender and intersex people at the heart of decision-making regarding their own participation in sport.”

Before participating in the Tokyo Olympics in 2021, Canadian footballer Quinn announced that he was using gender-neutral pronouns and adopting his surname as his mononym. In the sports world, “I’m seen as perhaps one of the most digestible versions of what it means to be trans,” he told his club website in October 2020.

While not all transgender athletes undergo medical or surgical gender reassignment procedures, those who do can face severe penalties under current IOC guidelines, introduced in 2015 and still in effect at the Olympics. Beijing winter.

Athletes who transition from female to male gender can generally compete in men’s events “unrestricted”, as they are not considered to have an unfair competitive advantage.

On the other hand, athletes who change from male to female gender must declare their female gender identity at least four years before competing and demonstrate that their total testosterone level is less than 10 nanomoles per liter of blood during the year preceding a competition. and while it is happening.

Although men have higher levels of this hormone than women, experts dispute these “norms” for each sex.

These practices of “sex control” for female athletes are also perceived by the NGO Human Rights Watch as “invasive and unnecessary” violations of their right to privacy and dignity.

This testosterone rule has led to the exclusion from high-level competition of intersex athletes, such as South African runner Caster Semenya and Indian sprinter Dutee Chand. Born with both male and female characteristics at birth, these two athletes have testosterone levels deemed too high to compete in women’s events.

The IOC hopes its new guidelines, introduced next March on the basis of voluntary participation from every Olympic discipline, will make the Games more inclusive.

But in figure skating, gender issues go beyond who can compete. Traditionally, the sport responds to rigid gender roles that define the costumes competitors may wear and the romantic plots typically performed in male and female programs.

There are also still many stereotypes about LGBT+ skaters. Frenchman Guillaume Cizeron revealed his homosexuality in an Instagram post in May 2020, and was then reminded of it by a former professional in the field, at the end of 2021, during the Finlandia Trophy – which he won with his partner, Gabriella Papadakis. “The French have class, but they are cold. The partner is gay and we can’t hide it”, commented after their performance the former international figure skating judge Alexander Vedenin on the Russian channel Match TV.

“[Ce commentaire] was just incredible”, reacts Benoît Richaud, Olympic choreographer of figure skating, contacted by France 24. “So many people are homosexual in our sport. It’s important to show the younger generation that it’s normal and that you shouldn’t hide.”

Guillaume Cizeron and Gabriella Papadakis have just won their first gold medal at the Beijing Winter Games, where the Frenchman is also one of nine openly LGBT + ice skaters in competition, like Timothy LeDuc. Although LGBT+ people are increasingly visible and represented in the public and media sphere, the fact that the Winter Olympics only now sees an athlete openly competing as non-binary “shows how old game,” said Benoît Richaud. “But let’s be real: it’s not just figure skating, it’s probably all sports.”

Sport, “a powerful catalyst for change”

Timothy LeDuc, along with his partner Ashley Cain-Gribble, was keen to challenge gender stereotypes long before he knew he would be the first non-binary athlete to compete in Beijing. The pair of skaters often perform in matching unitards – they wear pants – and eschew traditional male-female roles in their choreography.

“It has nothing to do with Ashley being married to someone else…(or) me being gay. It has everything to do with us being such strong athletes and that we didn’t want to diminish our extraordinary abilities on the ice,” the non-binary athlete said in an interview with the Thomson Reuters Foundation ahead of the Winter Games.

Benoît Richaud acknowledges that there is room for a “more modern approach” to ice skating, which challenges traditional definitions of beauty and grace. He succeeded in doing so in his own work: Kaori Sakamoto – of whom he is the choreographer – won the bronze medal in women’s single free skating in Beijing on Thursday.

Timothy LeDuc and Ashley Cain-Gribble will find out if they win a medal on Saturday after the free program. But for some, their impact on the Games is already significant. “It’s inspiring to see so many athletes speaking out for LGBTQ+ rights,” said Liz Ward. “We are incredibly excited to see athletes like Timothy LeDuc excel in the sports they love while making history along the way. Sport has always been a powerful catalyst for change.”

This article is adapted from the English version available here.

The murder of Agnes Tirop, a “wake-up call” for women athletes in Kenya

Cameroon wants to confirm against Ethiopia