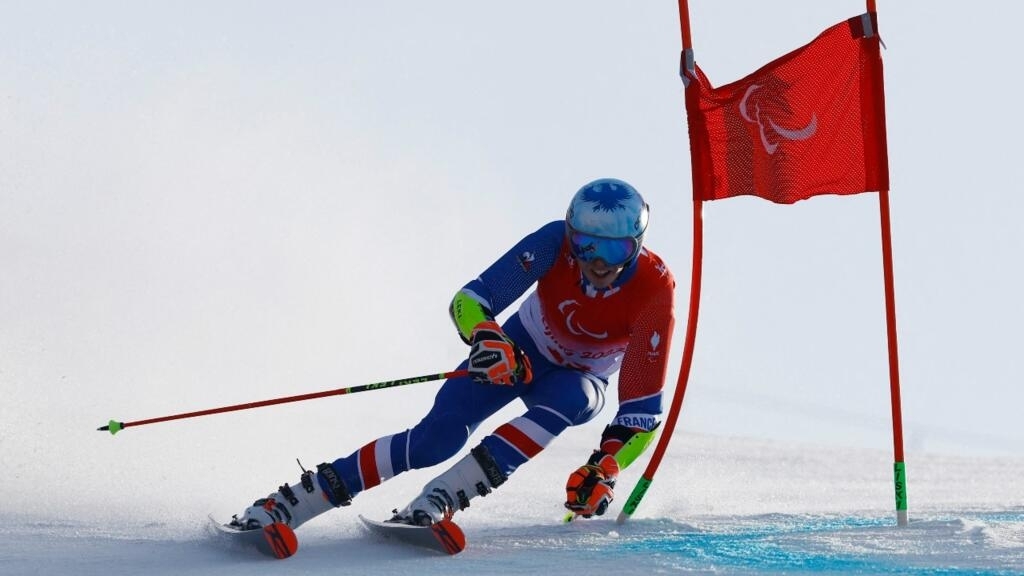 And three! After the gold in downhill and super-combined, the French skier Arthur Bauchet won, Thursday, March 10, a third medal at the Beijing Paralympic Games (March 4-13), with bronze in the giant slalom (standing category) despite intense leg pain.

The 21-year-old athlete with communicative joviality, licensed at the Briançon ski club, was overtaken by the Finnish Santeri Kiiveri, gold medalist, and the American Thomas Walsh, in silver.

“This medal, it comes from very, very far away. I really went for it” because I was pushed to “my last entrenchments” mentally and physically, said the young athlete. “She really tastes like gold to me.”

Sixth only after the first race on Thursday morning, he was able to make up some of his delay on his better placed competitors.

Just after the finish line, however, the young skier collapsed because the pain in his legs had become unbearable. He had to be placed in a wheelchair.

Arthur Bauchet suffers from spastic paraparesis, a condition that causes weakness and painful muscle contractures in the lower limbs.

“I’d rather have pain when I’m skiing, when I’m having fun, than sitting lying on my sofa. I know pain. You just have to grit your teeth and it’ll pass!”

Three of the seven French medals

With now three medals (including two gold) in these Games, almost half of the French total, is he becoming the new star of tricolor alpine para-skiing?

“I hope that the star is the whole French team, and not just me. We are a strong team, and we will prove it again in the last races!”

Arthur Bauchet will still compete in the slalom, scheduled for Sunday on the last day of these Paralympic Games.

“I have two days to recharge the batteries, I hope that will be enough,” he hoped.

“If ever the legs fail, I’ll try to take over with the mind. In any case, I’m not going to give up, that’s for sure, it’s not my style!”

France now has a total of seven medals (including four gold) in these Paralympic Winter Games and is fourth in the standings.

investigation opened at Juventus after racist insults towards Mike Maignan