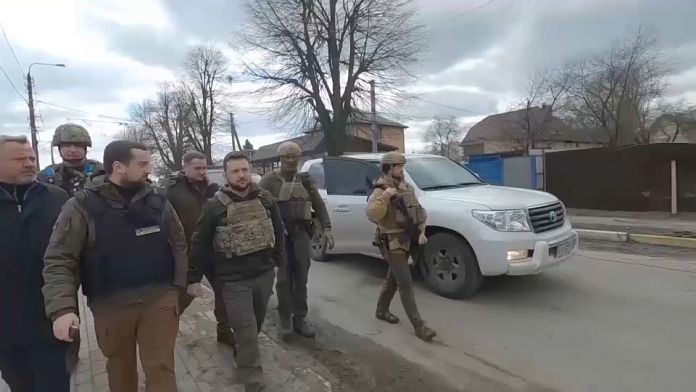 Surrounded by Ukrainian soldiers, President Volodymyr Zelensky discovered the horror of Boutcha this Monday, April 4, denouncing a genocide and war crimes. In this suburb near kyiv, around 350 civilians were reportedly killed and tortured.

“There were dozens or even hundreds of international journalists in Boutcha – not just from Western countries but from all over the world. I did not hear once that this could have been a provocation or a bet. on stage.”

Every war ends with a peace agreement. There is no other option. So we have no other options but to negotiate with Russia, no matter how difficult it is for us to do so after seeing these images.

Total lunar eclipse: how to observe this rare phenomenon?