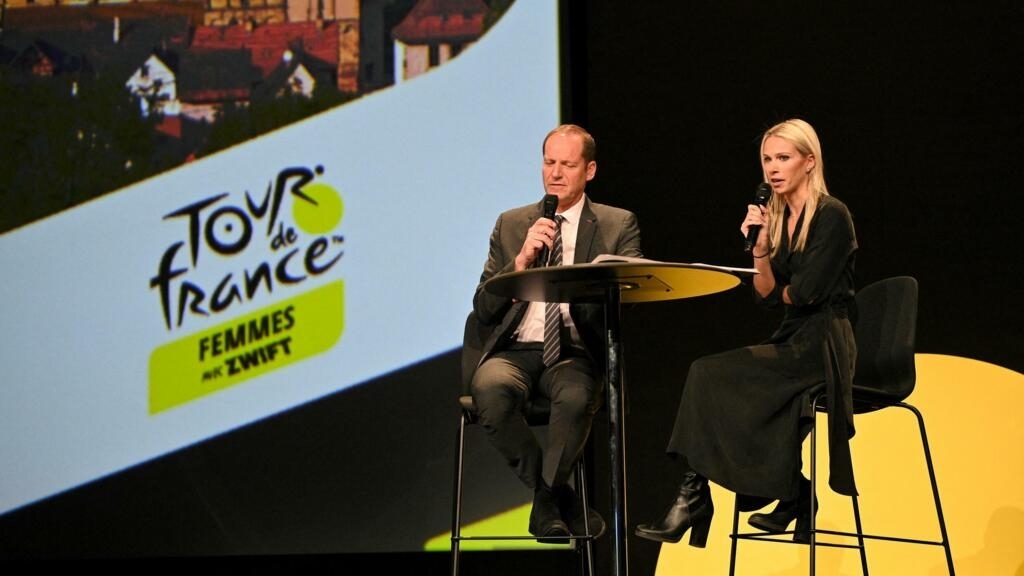 The Tour de France Femmes, an eight-day cycling event newly created by ASO, is generating excitement in the women’s peloton, which sees it as a vital new stage for their discipline.

He was expected by the entire female platoon. Marion Rousse, director of the Tour de France Femmes, revealed on Thursday 14 October the details of the eight stages of the route of the brand new event. The kick-off of this new “Tour de France Femmes avec Zwift” will be given in Paris, on July 24, in front of the Eiffel Tower, for a finish seven days later at the top of the Planche des Belles Filles in the Vosges massif.

This women’s Tour de France will start on the day of the finish of the 2022 men’s Tour and then take the direction of the east of France along four stages of plain, two others with a rugged profile and two days of mountain.

Curiosity of this first edition, the 4th stage will take the “chemins blancs”, French version of the Tuscan Strade Bianche, that is to say chalky trails through the vineyards of the côteaux champenois for nearly 13 kilometers as we approach Bar-sur-Aube.

And, symbolically, the competitors will climb the Ballon d’Alsace, the first pass climbed by the Tour de France in 1905, and compete for the last yellow jersey at the top of the super Planche des Belles Filles which will also be a finish of the Grande Boucle next year.

France 24 received the first reactions at the end of the ceremony.

Announced the previous Sunday, the revelation of the course to the position of race director, Marion Rousse, did not have the hand on the entire 2022 route. Yet she readily admits that the former runner she is would have loved it.

“It was important to me to have a stage with white paths. I love these pebble paths as a spectator and commentator. They are always spectacular races. This stage will spice up the Women’s Tour de France because you will have to be strong, good driver and have a share of success.

This course is well designed because it corresponds to many different profiles whether it is adventurers, sprinters. And there will obviously be this last weekend which will be terrible and which is destined for the climbers. No time limit this year! But that doesn’t mean there won’t be any in the next editions!”

>> Tour de France: who is Marion Rousse, the director of the women’s race?

There was the desire not to have a course too demanding for the public to discover a maximum of runners. It’s like in men, if we put only high mountains, we will always see the same in front. So we tried to preserve the suspense as much as possible so the difficulty will crescendo. We’re glad the girls like it.

The Board of Beautiful girls to finish, it’s beefy! I’ve done it many times before and it’s always spectacular to see!”

Still scars on the hands of the first dantesque Paris-Roubaix female, Audrey Cordon-Gossip would have missed for nothing the revelation of the route of this new event which, she hopes, will make a landmark in women’s cycling.

“This 2022 course is a very balanced course where each of us will be able to express ourselves at a given moment. It was important that we had an open course so that we could discover a maximum of potential and a maximum of riders who could win stages. The last two steps are going to be dantesque. I had already made the Planche des Belles filles, I will discover its version ‘super’.

To be able to wear the blue-white-red jersey (champion of France, Editor’s note) on this Tour de France, it would just be huge. I regretted not having it for the first Paris-Roubaix so I will do everything to take my revenge at the next French championship.

I think that with my team, the Trek-Segafredo, we will take the start to win this Tour. After, it will be necessary to see how the roles will be distributed. The multiplication of Laps and our small numbers in the female peloton force us to distribute the roles well for each race because we can less ‘cut’ than the boys.

In June, in Épinal, in the Vosges, she surprised everyone by avoiding the return of the previous champion Audrey-Cordon Gossip. Since then, the FDJ-Nouvelle Aquitaine-Futuroscope rider has taken on a new dimension. And, despite a big fall during the final stage of the Women’s Tour that still marks her in the flesh, she made the trip to Paris for the revelation of the course.

“I wanted to come even if my fall almost prevented me from doing so. It was something grandiose to discover the stages. My heart was beating at a hundred an hour as the course was revealed. I’m really not disappointed with the course with a final in my region in addition.

Getting to the Board is something exciting. On paper, it may suit me because I am a climber. After, given that it will be the last stage, the runners who play the general may want to win.

We hope that the public will be at the rendezvous as for the boys.”