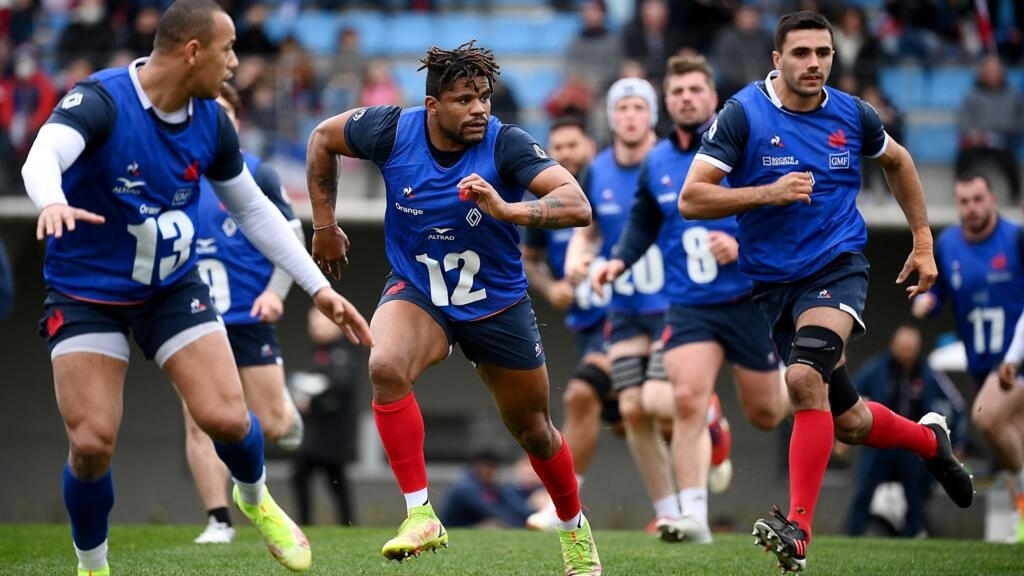 Thanks to their four victories during the 2022 edition of the Six Nations Tournament, the French have the possibility of winning this European rugby competition on Saturday by achieving a Grand Slam. To do this, they must beat the English who had been struggling until then and who hope to regain some brilliance at the Stade de France. The match will be streamed live on the France 24 website.

For the coach of the Blues Fabien Galthie, the hour of the titles will perhaps finally ring. He hopes that his 25th game in charge of the France team, Saturday March 19, against England, will allow his group to win a first trophy, thus rewarding the significant progress made since January 2020. “Our previous second places in the competition (during the 2020 and 2021 Tournaments) taught us a lot”, said this week this former scrum-half.

But whatever against Ireland (30-24 victory)best European nation before the Tournament, v Scotland (36-17) Where in Wales (13-9)the Blues were able to respond present during this 2022 edition. They achieved a faultless performance, in line with their autumn tour punctuated by three victories, the last having been obtained against New Zealand at the Stade de France.

It is in this same enclosure that the French will this time face their best oval enemies for a decisive “crunch”. They had already managed to beat them in Saint-Denis in 2020, when the English were coming out of a brilliant World Cup. And the Blues can hope to repeat this feat as they have shown consistency and confidence during this Tournament.

Only one change for the Blues

The tricolor coaching logically chose to trust the same players as in previous matches of the competition to start this crucial meeting. He made only one change from in the last match against Cardiff won with difficulty. Winger Damian Penaud will thus be back after being deprived of the trip to Wales because of the Covid-19.

Its performance, Named World Player of the Year 2021, will, once again, be decisive for the Blues. “In each match, Antoine, like the team, has been able to adapt. For the moment, he has been able to find the right answers to complex and sometimes different situations. It’s a great experience for him and he is in the process of to have a good tournament”, explained Fabien Galthié. An analysis which will not fail to be even more complimentary if France wins a tenth Grand Slam on Saturday, behind which it has been running since 2010.

If the English cannot have the same sporting ambitions in this competition, they hope to end their Tournament with a victory that would silence the criticisms heard in recent weeks. Beaten by the Scots and the Irish, the players of the XV of the Rose and their coach Eddie Jones are in the sights of many observers, like the former international Austin Healey. In a column published this week by the daily newspaper The Telegraphhe says he is “tired” of the excuses advanced by Eddie Jones to explain the drop in performance of his team, asking him to change strategy or leave.

Despite this pressure, Eddie Jones shows his confidence in a group largely reworked for this competition, due in particular to several injuries. He also sees in this match “a golden opportunity” to improve his workforce and gain experience for the 2023 World Cup which will take place in France. And the Australian assures that a victory on Saturday is quite possible.

If his words contain a certain amount of provocation, they still reflect the determination and confidence of the English, used to transcending themselves against the French. “At home, all matches are important and that’s what makes them strong, tough and formidable,” warned French manager Raphaël Ibanez. And the desire to spoil the Grand Slam dream of the Blues will, without a doubt, be an important motivating factor.

in Abu Dhabi, Hamilton and Verstappen fight one last duel for the title