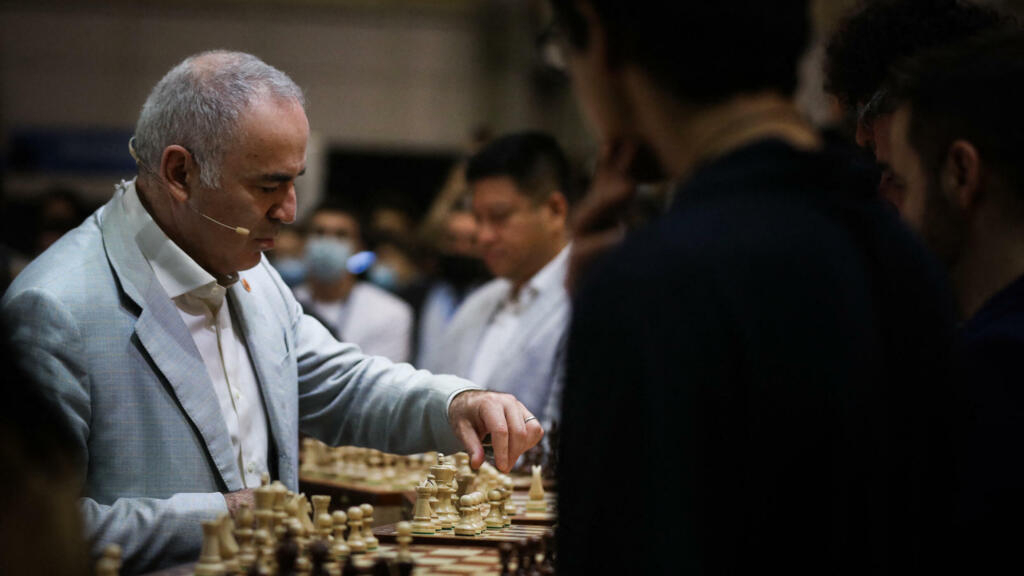 In tune with international sports federations, Fide, that of chess, has since Friday taken sanctions against Russia and Russian players after the invasion of Ukraine. A snub for Vladimir Poutine while discipline is part of the images of Epinal of his country.

Often compared to a chess player for his geopolitical decisions, Vladimir Putin probably did not anticipate this response from the sports community. After its decision to invade Ukraine on February 24, Russia finds itself banishment from world sport.

The world of chess, a national sport since the Soviet period, has not hesitated to mobilize either, in a country where this activity is nevertheless set up as a religion. The International Chess Federation (Fide), however directed by Arkadi Dvorkovitch, close to power, announced on Friday – the day after the entry into Ukraine of Russian troops – that its Olympiads, the most prestigious competition seeing teams compete national, would not take place in Moscow.

>> To read also: “War in Ukraine: ‘The sports authorities have taken their responsibilities by excluding Russia'”

In tune with the recommendations of the International Olympic Committee (IOC), it also announced the banning of the flags and anthems of Russia and Belarus, considered the vassal of Moscow, from its competitions – players from these two countries being invited to compete under a neutral flag. She finally suspended her sponsorship contracts with companies from both countries.

In its statement, the federation officially condemns the military intervention: “Fide expresses its deep concern about the military action launched by Russia in Ukraine. Fide is united against wars and condemns any use of military means to resolve conflicts policies. […] Fide will take all necessary measures to ensure the safety of chess players and other members of the chess community. No official Fide competitions and chess events will be held in Russia and Belarus.”

In politics too, a Karpov-Kasparov duel

Living legend of chess, Garry Kasparov is also one of the fiercest critics of Vladimir Putin, and has been since his first term in 2000. The champion has constantly denounced the violations of human rights and freedom as well as the authoritarian drift of the Russian president. In 2007, then presidential candidate Garry Kasparov was arrested and sentenced to five days in prison for disturbing public order after participating in a demonstration. In exile since 2012, he now lives in New York.

“After years of my warnings being ignored, I spent the day hearing ‘Garry, you were right.’ listen to what i say now,” he tweeted.

Ok, after years of warnings were ignored and hearing “Garry, you were right!” all damn day today, I’ll repeat what I said in 2014: Stop telling me I was right and listen to what I’m saying now. My recommendations follow: 1/5


Garry Kasparov now calls for accentuating the differences between the Russian population, the oligarchs and Vladimir Putin: “Putin must lose control of the greatest chess game in history.”

Anatoli Karpov, his old rival in chess, is far from agreeing. In the 1980s, the duel between Garry Kasparov and him had fascinated the USSR until the loss of the title of world champion of the first. Since then, Anatoly Karpov has become a member of Vladimir Putin’s United Russia party and has been elected to the Duma, the Russian National Assembly. He is on the list of 351 MPs sanctioned by the EU in reaction to their vote in favor of recognizing the independence of the Donetsk People’s Republic (DNR) and the Luhansk People’s Republic (LNR).

Sergei Shipov, a popular chess commentator in Russia, is also a supporter of Vladimir Putin. On Thursday, he wrote on Facebook: “Now Donetsk and Luhansk will be able to sleep in peace. The eight years of life under the bombs are over.”

Sergueï Kariakine, nicknamed the “Minister of Defense” in the world of chess, is not to be outdone. His words go-to-war have all of an attack. A former challenger to world champion Magnus Carlsen, he stands out for his pro-Putin positions.

“I appeal to you in these difficult times, when our country, led by you, is fighting for the security of the peaceful Russian population of Donbass and the Luhansk People’s Republic. It is fighting for the demilitarization and denazification of Ukraine with its ruling regime, which has endangered the security of all of Europe and our country, in the name of its political goals and ambitions,” the 32-year-old wrote in an open letter to Vladimir Putin. , taking up the language elements of the Kremlin.

Sergey Kariakin’s personal history probably explains the Russian’s positions. A native of Simferopol, Crimea, he has long represented Ukraine, notably when he became the youngest chess grandmaster in history in 2003, at the age of 12 (a record since surpassed). But in 2009, he preferred to move to Moscow and has since represented Russia. In 2014, he had already supported the annexation by Russia of his native region.

Contrary to his three compatriots, the Russian grand master Nikita Vitiugov, based in Saint Petersburg, on the other hand wrote on Twitter: “My position is clear: you cannot defend yourself on the territory of another. The Russians and Ukrainians are brothers, not enemies. Stop the war.”


Russian international master Alina Bivol also reacted: “Until recently, I believed that this would not happen. I would like to call on chess players all over the world not to hate us for the actions of the authorities. , we understand everything. #No to war.”

Across borders, the reigning world champion, the Norwegian Magnus Carlsenalso commented on the situation in an interview on national television: “When you represent a country that does as many strange things as Russia, you have a lot of ups and downs. Russian players and I think that’s something something a country shouldn’t do. I have to do my best and I’m lucky to live in a country where there is peace.”

Statements that can only encumber Vladimir Putin who, from football to the Olympic Games, has made sport one of Russia’s levers of power. A cerebral sport and an integral part of the Russian soul, chess is no exception.

Messi once again becomes the highest paid sportsman in the world