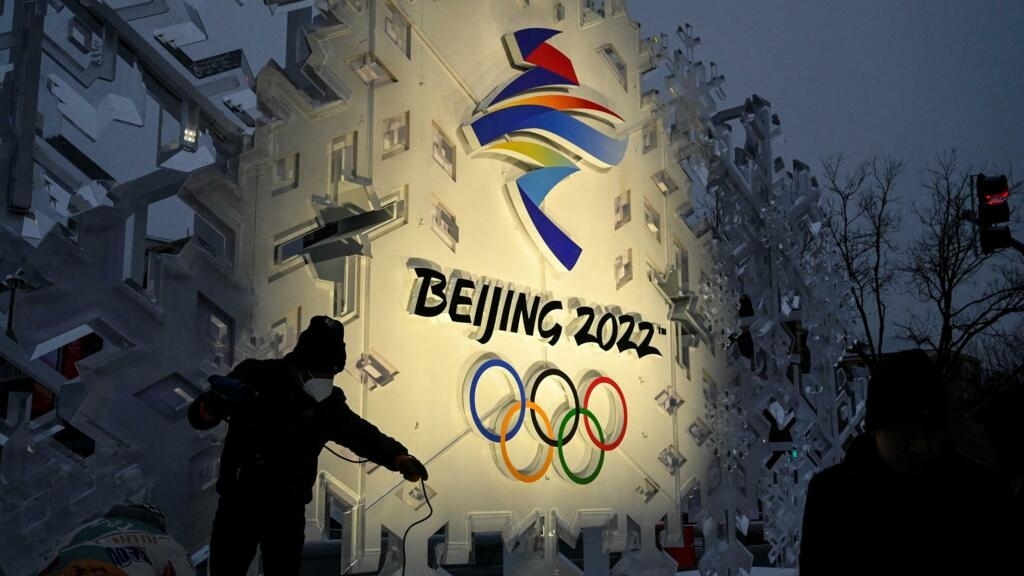 Beijing will become, on Friday, the first city to have organized the Summer and Winter Olympics and thus enter Olympic history. But these Games open in a heavy context, between Covid-19, diplomatic tensions and controversy.

After 2008, 2022. beijing welcomes, Friday 4 February, the Winter Olympics after having been the organizer the summer fourteen years before. In the meantime, the context has changed significantly, between the Covid-19 pandemic, diplomatic tensions and the controversies surrounding the competition which will start in China.

As in 2008, the astonishing national stadium in Beijing, better known by the nickname “Bird’s Nest”, will be from 8 p.m. (1 p.m. French time) the setting for the opening ceremony of the Olympic Games-2022.

Like fourteen years ago, this show was conceived by the Chinese director Zhang Yimou, author in 2008 of a breathtaking patriotic and colorful celebration, featuring 14,000 extras, dancers and acrobats, under a profusion of fire fireworks and special effects.

Unsurprisingly, Zhang Yimou promised a “totally innovative” show, while acknowledging that he had to take into account the winter temperatures (-6°C announced) and the epidemic threat to design his ceremony which should bring together this time “only “3,000 artists, the vast majority of whom are teenagers.

As tradition dictates, the 24and Winter Olympics in history will only officially begin once Chinese President Xi Jinping has declared them “open” according to the established formula. But for the rest, the scenario of the ceremony like the identity of the last, or the last, bearer(s) of the flame which will set the Olympic cauldron on fire, are protected as state secrets.

“The period is different. Our concept is simple, safe and splendid”, simply revealed Zhang Yimou. Because the Covid-19 has been there. Due to the epidemic, these Olympics, like those in Tokyo last summer, will find it difficult to be a party.

Athletes are confined in a health bubble and subject to daily screenings. As Beijing observes a zero Covid strategy, no contact is authorized with the population and if the stands of the competition sites will be partially filled, they will be filled by “guests”, who must observe social distancing.

The Russian president will take advantage of his visit to Beijing to meet Xi Jinpinghis “dear friend”, for a summit where the two leaders will underline their “common vision” in terms of international security.

Vladimir Putin and Russia are the center of international attention. The Kremlin is accused by the West of wanting to launch an invasion of Ukraine, pointing to the approximately 100,000 Russian soldiers deployed for weeks on the border of its pro-Western neighbor.

In this tense context, the Ukrainian government asked its representatives in Beijing not to fraternize with the Russians.

Thousands of kilometers from Beijing, in Lausanne, half a thousand Tibetans demonstrated Thursday in front of the headquarters of the International Olympic Committee (IOC) to denounce the “Games of shame”.

In Los Angeles, about fifty demonstrators gathered in front of the Chinese consulate and around the world, calls for demonstrations were launched to also denounce human rights violations in Xinjiang (northwest), against the Uyghurs .

Another controversy, that on the environmental impact of these Games which are disputed in a semi-arid climate, on artificially snow-covered slopes in oversized ski resorts for the occasion.

“Today we can say it: China is a country of winter sports”, however assured Thursday the president of the IOC, Thomas Bach.

No Olympic fervor in Beijing, but a mixture of impatience and pride among the population: “Each ceremony is a surprise for us, I can’t wait to see what Zhang Yimou has planned, who knows, he will manage to recreate his legendary ceremony in 2008,” said Xing, a Chinese teacher.

For him, the decision not to sell tickets to spectators is the right one: “The pandemic is a disaster for all humanity (…) we have to make small sacrifices”.

The approximately 2,900 athletes competing, who covet a total of 109 Olympic titles, are trying somehow to keep in mind that the Olympics remain a rare event in a career.

“I’m on site for the competition,” insisted French skier Alexis Pinturault. “We had to ask ourselves the question before, when the Games were awarded,” he swept away about the environmental controversy. As if to remind that the main actors of this Beijing fortnight did not have to wash any whiter than their heads of state and leaders.