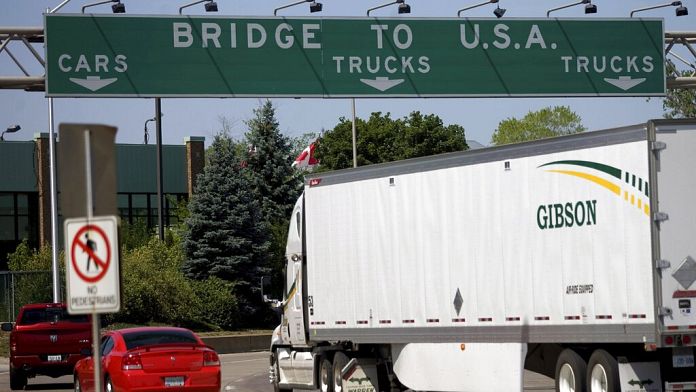 The United States will open “early November” its land borders with Mexico and Canada to travelers vaccinated against Covid-19 and making trips considered non-essential, announced this Wednesday a senior official of the Blanch Housee.

Having already announced the imminent end of restrictions for travelers vaccinated against Covid-19 arriving by air, the United States will open “early November“their land borders with Mexico and Canada, also to visitors vaccinated, said on the night of Tuesday to Wednesday a senior White House official.

He assured, during a conference call, that the precise date of entry into force of the new device would be known”very soon“for these trips by land, as well as for international trips by air, for which the vaccination obligation was announced last September 20.

“It will go together“, according to the White House source.

Faced with the pandemic, the United States had closed its borders from March 2020, for millions of travelers from the European Union, the United Kingdom, or China, then later iNdia or Brazil. But also for overland visitors from Canada and Mexico.

Regarding land border crossing, the source said that the new system would be implemented in “two phases”.

Initially, vaccines will be required for travel”non-essential“, for example, touring or visiting family, but the vaccination requirement will not apply to deemed trips”essential“, which have always been allowed.

In a second step, from “early January” 2022, all travelers, regardless of their motives, will have to be fully vaccinated.

Asked about the vaccines that will allow entry into the territory, the senior official referred to recent indications from the US health authorities.

The Centers for Disease Prevention and Control (CDC), the main federal public health agency, has “let airlines know that all vaccines approved by the FDA (the US drug agency) and the World Health Organization would be accepted for air travel.“

“I anticipate it will be the same for land travel“, said the senior official, specifying that in this case the AstraZeneca vaccine, which is not administered in the United States, would be admitted.

The source clarified that this lifting of restrictions would only concern legal land entries into the territory.

One year after the assault on the Capitol, where is the investigation?