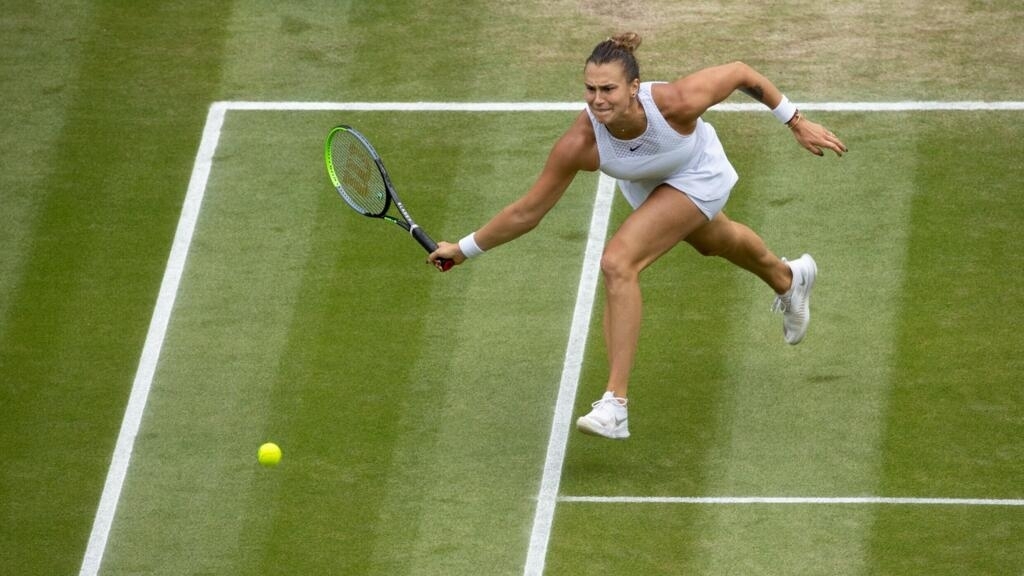 Faced with the outcry over the decision to exclude Russian and Belarusian players from Wimbledon, the organization of the prestigious tennis tournament has blamed the British government.

Wimbledon had “no (other) option” than to ban russian and belarusian players of the next edition which will take place in June and July, the organizers said on Tuesday, April 26, at the All England Club, where the London Grand Slam tournament is taking place.

To participate in the tournament, the Russian and Belarusian players would have had to fill out “a written declaration” against the invasion in Ukraine, a situation which could have put the players and their families at risk, justified the president of the All England Club, Ian Hewitt, specifying that it was a condition imposed by the British government.

Under these conditions, “we believe that we made the most responsible decision possible and that there was no (other) option”, he indicated, a week after the announcement of this exclusion due to of the war in Ukraine.

This decision concerns star players like Daniil Medvedev, world n°2 and finalist of the last Grand Slam tournament in January in Australia, Andrey Rublev (8and), Aryna Sabalenka (4and and semi-finalist last year), Anastasia Pavlyuchenkova (15and) or even Viktoria Azarenka (ex-n°1, today 18and).

“We also risked their success or participation” being used by Russian propaganda, “which we would not have accepted”, continued Ian Hewitt, who specified that “all possible options” had been examined in detail.

This eviction was strongly criticized by the ATP and the WTA, which manage the men’s and women’s professional circuits, and by many players. Novak Djokovic called it “crazy” and Rublev “totally discriminatory”.

The four Grand Slam tournaments, Australian Open, Roland-Garros, Wimbledon and US Open, are independent of the men’s and women’s circuits, where Russians and Belarusians are still allowed to participate in the tournaments, under a neutral banner.

National teams, on the other hand, have been banned from the Davis Cup and the BJK Cup.