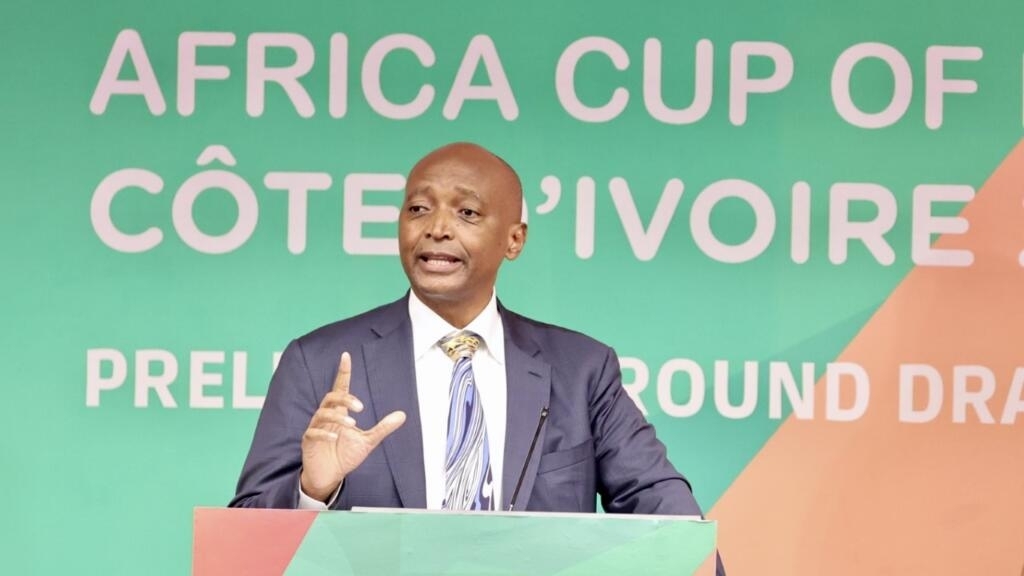 In the aftermath of the crowd movement which claimed the lives of at least eight people at the Olembé stadium in Yaoundé before the CAN-2022 match between Cameroon and the Comoros, CAF President Patrice Motsepe announced on Tuesday that, out of respect for the victims, the quarter-final scheduled for this stadium will be moved.

Demining operation for Patrice Motsepe. The CAF president spoke on Tuesday, January 25, during an emergency press conference after the tragedy costing the lives of at least eight people before the Cameroon-Comoros match.

After observing a minute’s silence for journalists, the president of the governing body of African football announced that the quarter-final scheduled for Saturday at the Olembé stadium would be moved to the other stadium in Yaoundé by respect for the victims.

Patrice Motsepe reaffirmed CAF’s confidence in the government of Cameroon, which manages security around the stadiums.

“Everything is in place so that it does not happen again”, he assures, before an emergency meeting with the organizing committee scheduled for tomorrow.

The move of Olembé’s match to Ahmadou Ahidjo still sounds like a snub for Cameroon. The ultra-modern stadium is described as a “masterpiece” of the CAN and bears the name of President Paul Biya.

Thirty-eight people were also injured in the tragedy, including seven seriously, detailed in a press release the Minister of Communication, René Emmanuel Sadi.

“The Head of State has ordered the opening of an investigation so that all the light is shed on this tragic incident”, continues the minister whose government “once again calls on” Cameroonians “to have a sense of responsibility, discipline and civic-mindedness of all for the total success of this great sporting festival”.

Overnight, the Ministry of Health announced that two women and a child were among those who died. The stampede occurred at the southern entrance of the Olembé stadium, the brand new and largest stadium in the country, in the Cameroonian capital. The victims were “immediately transported” in ambulances but “intense road traffic slowed down the transport”, the ministry said.

Cameroon has been hosting the queen competition of African football since January 9 and until February 6 in the stadiums of five cities. Faced with the low number of spectators during the first round of the tournament, the Cameroonian authorities set up dedicated transport and massively distributed free tickets to fill the stadiums, which were built especially for the competition.

From our special correspondent in Yaoundé, Romain Houeix