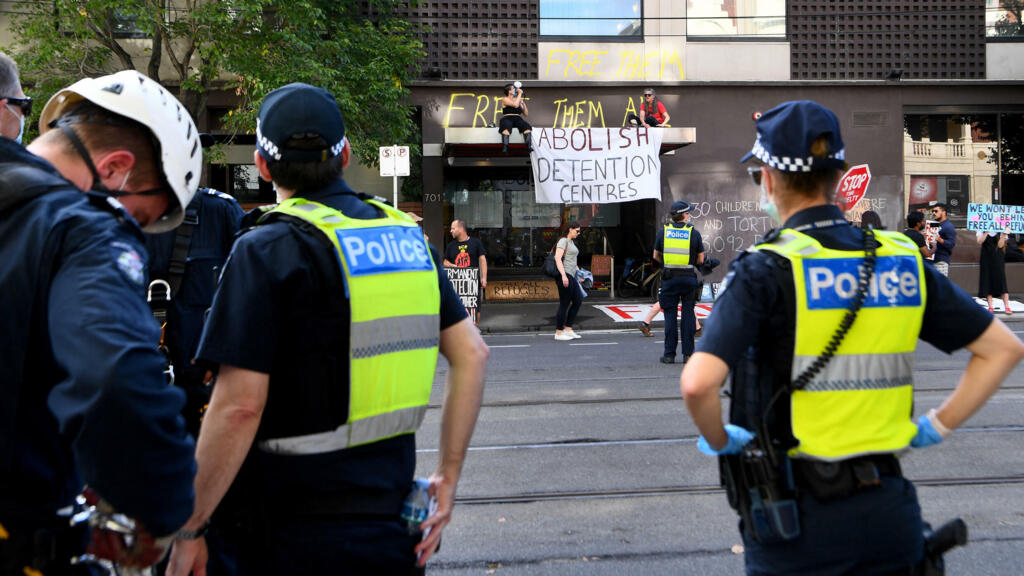 The detention of the world tennis star, for non-vaccination against Covid, continued on Thursday at the Melbourne detention center, alongside refugees. An event that draws media attention to a place infamous for its insalubrity. Demonstrations of support for Novak Djokovic and the migrants are organized.

Source of contaminations, fire, food infested with maggots … According to Australian media, the Melbourne detention center, where was still held, Thursday, January 6, Novak Djokovic, has been the subject of several controversies in recent weeks.

The building of black bricks and concrete contrasts radically with the residences to which the Serbian, 46th highest paid sportsman in the world according to the latest ranking of the reference magazine Forbes, is used to.

While the Australian Open begins in ten days, the “Djoker” is still stuck in the Park Hotel detention center due to his non-vaccination against Covid-19. He is engaged in a legal battle to stay on Australian territory and defend his title.

A contrast all the greater since last year, the 34-year-old, who has won nearly $ 155 million in tournaments since the start of his career (around 137 million euros), would have handed over a list of ‘requirements including the provision for players, then in quarantine, of private accommodation with tennis courts and better food.

The Park Hotel, where around 30 people are held in relatively cramped rooms, became infamous last December when a fire broke out in the building, forcing it to be evacuated and causing the hospitalization of a anybody.

A week later, asylum seekers posted photos on social media, claiming it was the food they were served, infested with maggots and accompanied by moldy bread. “The media will talk more about us, the whole world probably, which is really sad, because it is only due to the presence of Djokovic here for a few days,” Mehdi Ali, detained at Park Hotel, told AFP.

Nearly 180 people were detained in this detention center last year. Most of those housed there were reportedly taken to Australia for medical treatment after being detained on the small island of Nauru in the Pacific and on Manus Island in Papua New Guinea.

In 2020, the building was the subject of another controversy: the Hotel Rydges (its name at the time) became a hotbed of Covid-19 contamination in the city, while it welcomed people in front of observe a period of quarantine.

Demonstrations in front of the detention center

A handful of Djokovic supporters gathered outside the detention center to protest the Serb’s detention. Meanwhile, protesters were gathered against Australia’s migration policy, and the ban on entering the territory by boat, under police watch. “Abolish the detention centers”, thus indicated a banner hung in front of the building.

Other people expressed their anger at the measures taken to fight against Covid-19: “I am here to fight for freedoms, whether for refugees, for Novak or even people in general, who have it. are fed up with being limited, ”protester Ryan Guszich said.

Fifa pressing for a World Cup every two years

Basketball – NBA: Steve Nash’s announcement on the choice of James Harden for his future!