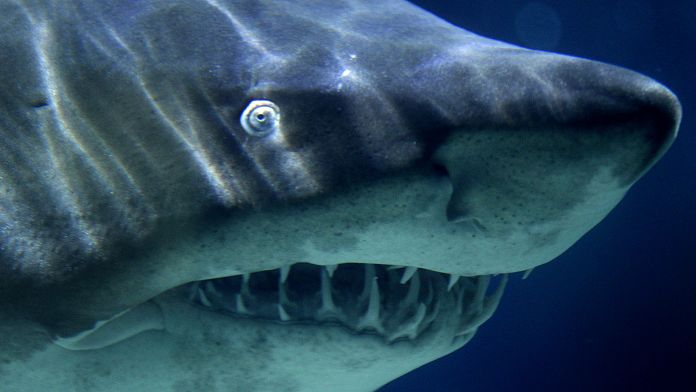 Sharks “attacking surfers or bathers have such poor eyesight that scientists have concluded that they probably confuse them with their usual prey, pinnipeds such as sea lions, according to a study on Wednesday.

“From the point of view of a white shark, neither movement nor shape allows an unequivocal visual distinction between pinnipeds and humans”, write the authors of the article published in Interface, a journal of the Royal Society. They conclude that their work “support the theory of misidentification to explain some bites“.

“This is the first study to test this theory from the visual point of view of a white shark”, explains to AFP its main author, Laura Ryan, researcher in the department of Biological sciences, Australian Macquarie University.

Shark attacks remain rare (fewer than sixty worldwide in 2020), according to a specialized department at the University of Florida. But they maintain, according to the study, a climate of fear “disproportionate”, associated with ignorance about the motives of the animal, especially when the attack is unprovoked. Sometimes resulting in hunting campaigns that also harm other species.

Although the white shark is known to detect sounds and smells at a great distance, up close it is assumed that it relies mainly on its sight to spot and target prey.

Gold the visual system of the shark is almost insensitive to color and has a very poor ability to distinguish the details of a shape. Its resolving power, up to six times lower than that of a human, is even lower in young white sharks, which pose the greatest risk of fatal bites for surfers, according to the study.

To test the theory of misidentification, the Macquarie team carried out “videos taken from the shark’s perspective, and processed them with a program to mimic the shark’s visual system”, and especially its ability to distinguish a shape and its movement, explains the scientist.

For this, they recorded from the bottom of a pool images and videos of a sea lion and a fur seal, a delicacy for sharks, which would pass near the surface, a few meters above a shark. They then compared their signals to those of swimmers and surfers paddling with their arms, and with or without leg beats, on the three main types of surfboards (longboard, shortboard and hybrid).

From the perspective of a young white shark, the movement signals of a swimmer like those of a surfer paddling on his board are almost indistinguishable from those of a pinniped, according to the study.

A fortiori in seawater, where visibility would be less than in the pool used for the experiment.

As for form, a pinniped with folded fins looks more like a swimmer or surfer on his shortboard than a pinniped with expanded fins. “Longboards look less like a sea lion”, according to Mr. Ryan, who notices as far as he “there have been incidents of bites on longboards”.

Researchers will now try to determine whether a “changing the visual signals of potential prey would be an effective protection technique against white sharks”, continues the scientist.

With imperative solutions that “not only prevent shark bites, but that do not endanger other marine species”.

Kazakhstan: the crypto market is shaking, around 18% of cryptocurrencies come from the Kazakh steppes